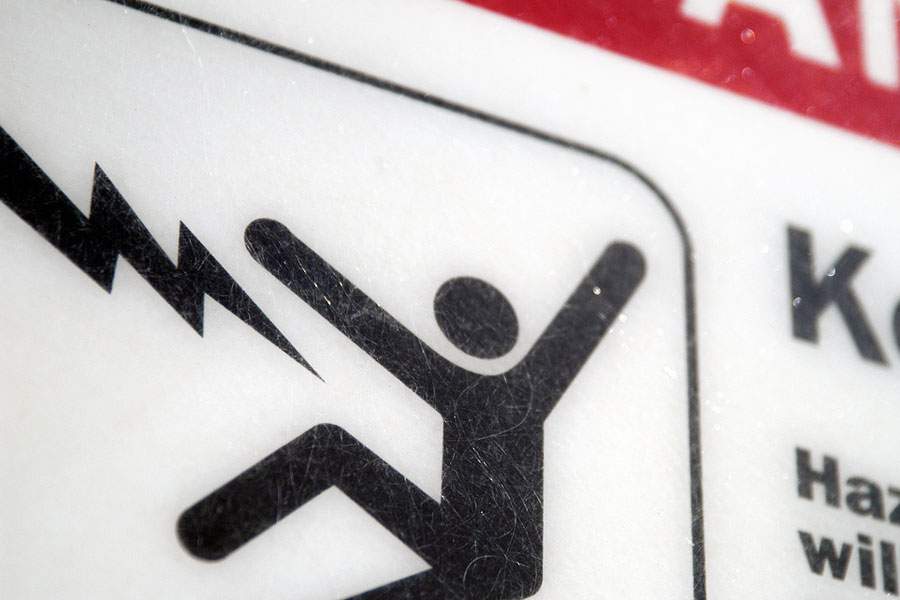 When they hear the name Ben Franklin, many folks think of the Declaration of Independence, the Continental Congress and things like that. Not as many people remember that Franklin was an inventor . . . and a good one, too! He also did some pioneering work in physics.

Sure, sure, you say. You think I'm about to tell that old story about flying a kite in a thunderstorm. I can see you reaching for the knob on your radio. But wait!

Forget about the kite and think fur instead. Franklin took some fur and rubbed it across a rubber rod. He had suspended the rod by a thin string. Then he tried it with a glass rod. Then he used silk instead of fur. What was he up to?

Nowadays we know that what Franklin was doing was finding different ways to change the net electrical charge on various substances by knocking around electrons. Electrons are tiny, negatively charged particles. Since objects start out with equal amounts positive and negative charge, rubbing electrons off a glass rod with silk will give the glass net positive charge.

Franklin didn't know about electrons, but using only very simple materials, he had shown that opposite charges attract and like charges repel! He even coined the terms "positive" and "negative."

Not bad for someone who was helping found new countries in his spare time.