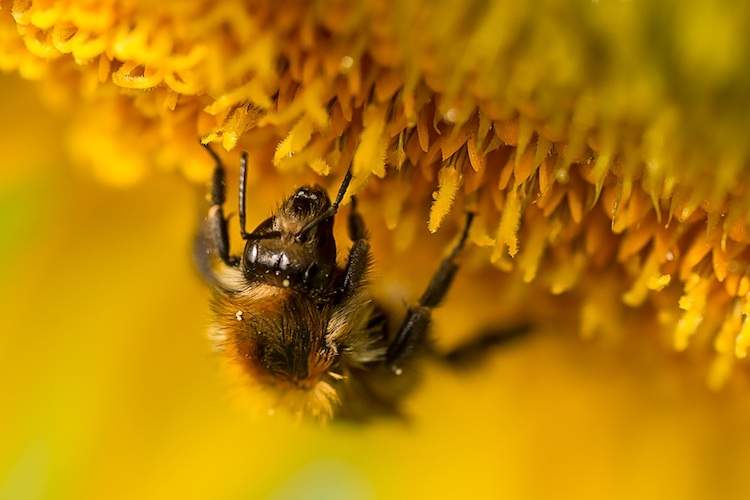 Imagine you're a male bee. You're flying around the countryside when you see below you what looks like a female bee. You swoop down to check it out.

As you land on top of her, you realize too late the mistake you have made. This is no female bee; this is a pile of young beetle larvae Meloe franciscanus to be exact. They have clumped themselves together in the shape of a female bee in order to trick you, and now you've gotten too close, some of the beetle larvae have clung themselves to you.

Later, when you do successfully mate with a real female bee, they will transfer themselves onto her. When she makes her nursery of eggs and food for the eggs to feed on, the beetle larvae will sneak into the nursery and eat that food until they pupate into adult beetles.

There are a host of insects out there that practice mimicry in order to trick other insects. These beetle larvae, however, are the first recorded case of parasitic insects working collectively to mimic their target.