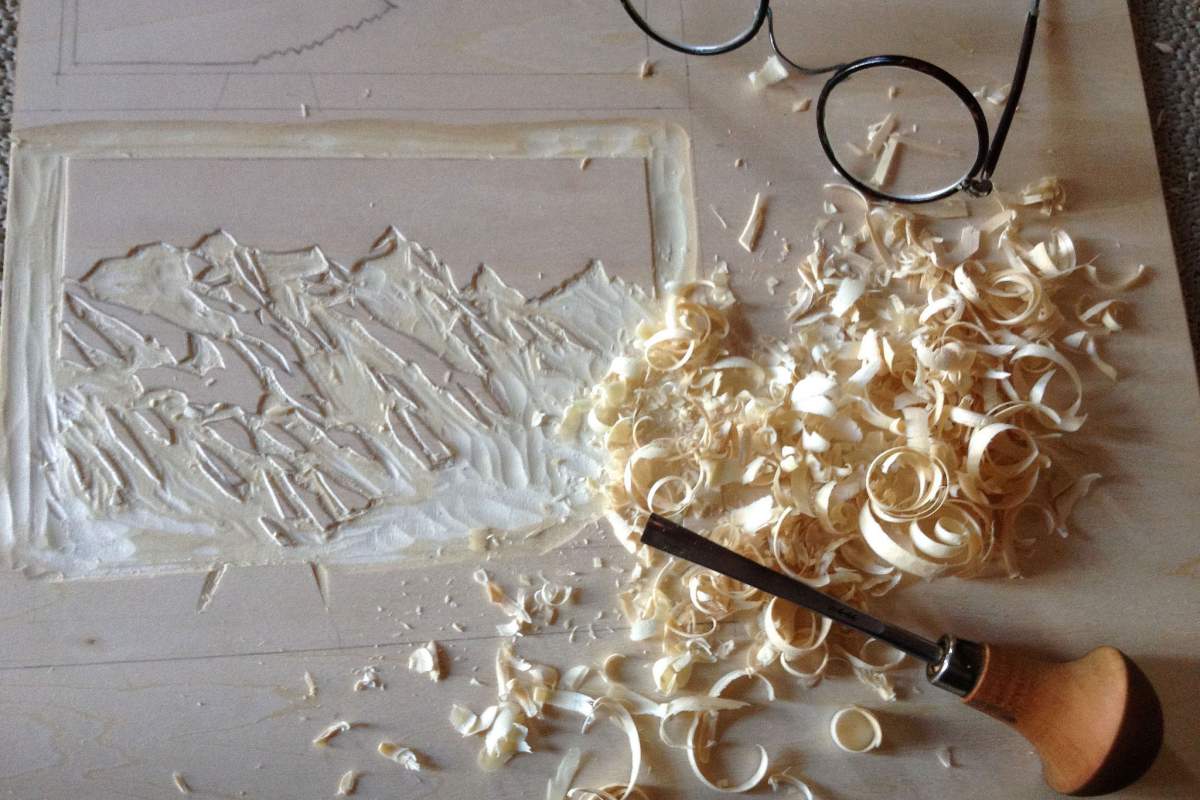 What can illustrations in old books teach us about two different species of beetles? First, let's be specific. When we're talking about old books, we don't mean fifty years, or even one hundred.

This is about books that are between approximately two-hundred and six-hundred years old: from the invention of the hand-operated printing press in Europe in the 1400â€˜s all the way through the early 1800â€˜s.

The primary method of illustrating printed books during that time was done with woodcuts. Woodcuts are images carved into blocks of wood that can be printed like a stamp.

The most common types of wood used to make them were boxwood, pear, and apple. It's because those kinds of wood are fine-grained and small-pored which allow a smooth surface for cutting.

Like today, books were printed in multiple editions. Woodcut illustrations would be carved for the first edition and then saved for later printings. They continued to be used even when there was damage from worm holes.

Biologists interested in wood-boring insects, such as furniture beetles, are starting to look at the wormholes evident in the prints from later editions of books. In many cases, based on the size and shape of the wormholes, the type of wood, and the location of printing, biologists can discern quite a bit of data on the historical distribution of a species.

Thank you to S. Blair Hedges of Temple University for reviewing this episode's script.