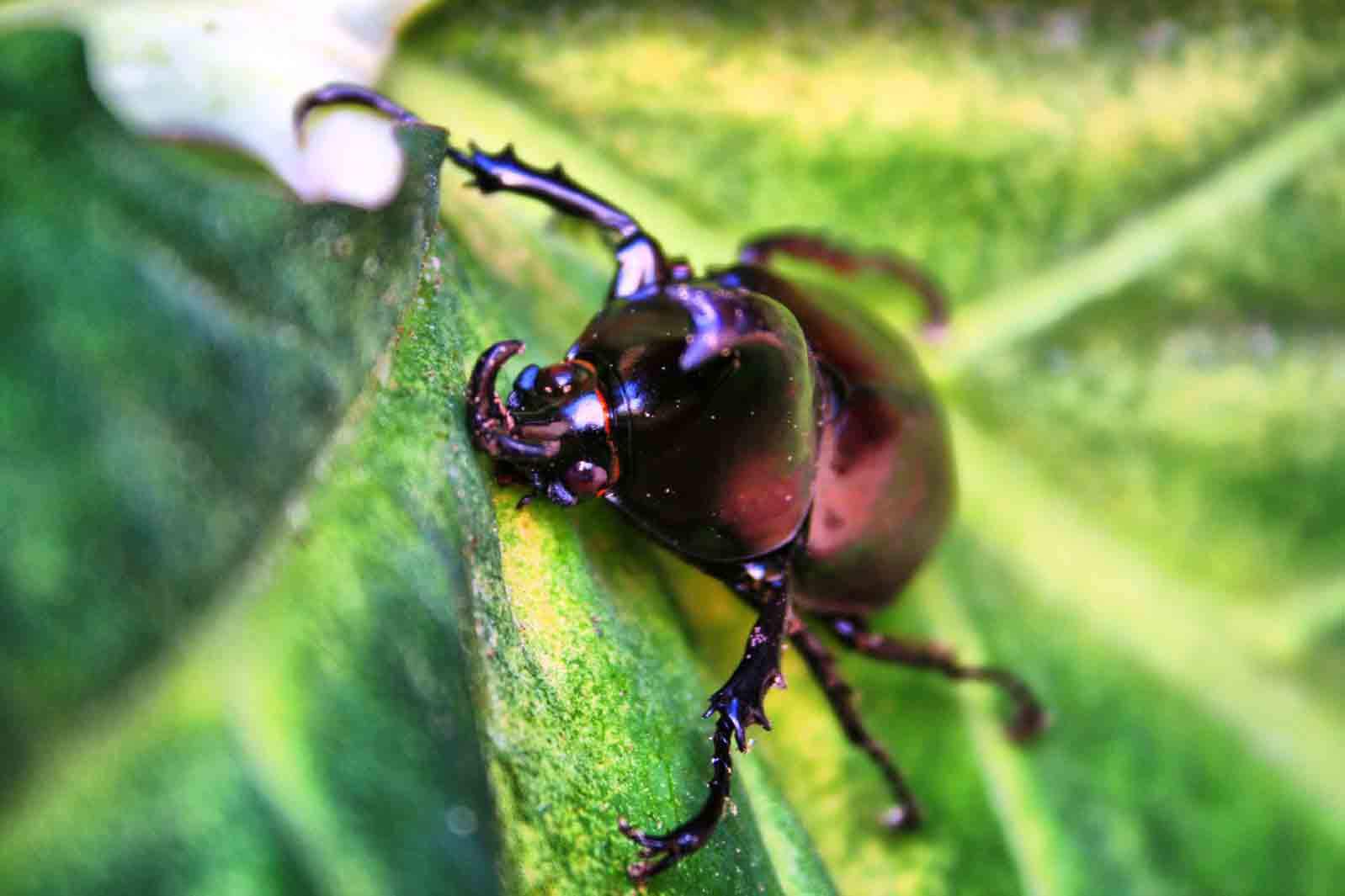 As we know from the movie, the Incredible Hulk is a guy who when he gets angry turns into the strongest, meanest creature on earth. The natural world features a few amazingly strong creatures of its own. In fact, the pound-for-pound strongest creature on earth is the rhinoceros beetle?

Is it possible that a little old beetle, an insect, can bear more weight than, say, an elephant? Of course not, but when it comes to proportional strength, the rhinoceros beetle is second to none.

Elephants, after all, can only carry around 25 percent of their own weight. The rhino beetle can carry a whopping 850 times its own weight on its back.

Why are rhino beetles so strong? First, these beetles are nearly an inch long and packed with powerful muscles. Second, they generally have at least three legs touching the ground at all times. This gives these beetles the extraordinary balance and leverage that enable them to lift heavy objects.

Since they live in tropical jungles along the equator, rhino beetles have to be strong to forage through the jungle floor. Named for the rhinoceros-like horn on its head, the rhino beetle uses its horn and proportional strength to move aside branches and other debris in search of food.

Rhino beetles are neither ferocious nor particularly dangerous. They eat rotting fruit and sap, and despite their fierce horned appearance do not bite or sting when handled. These gentle insects may not be hulk-like in demeanor, but their strength might turn other creatures green with envy.