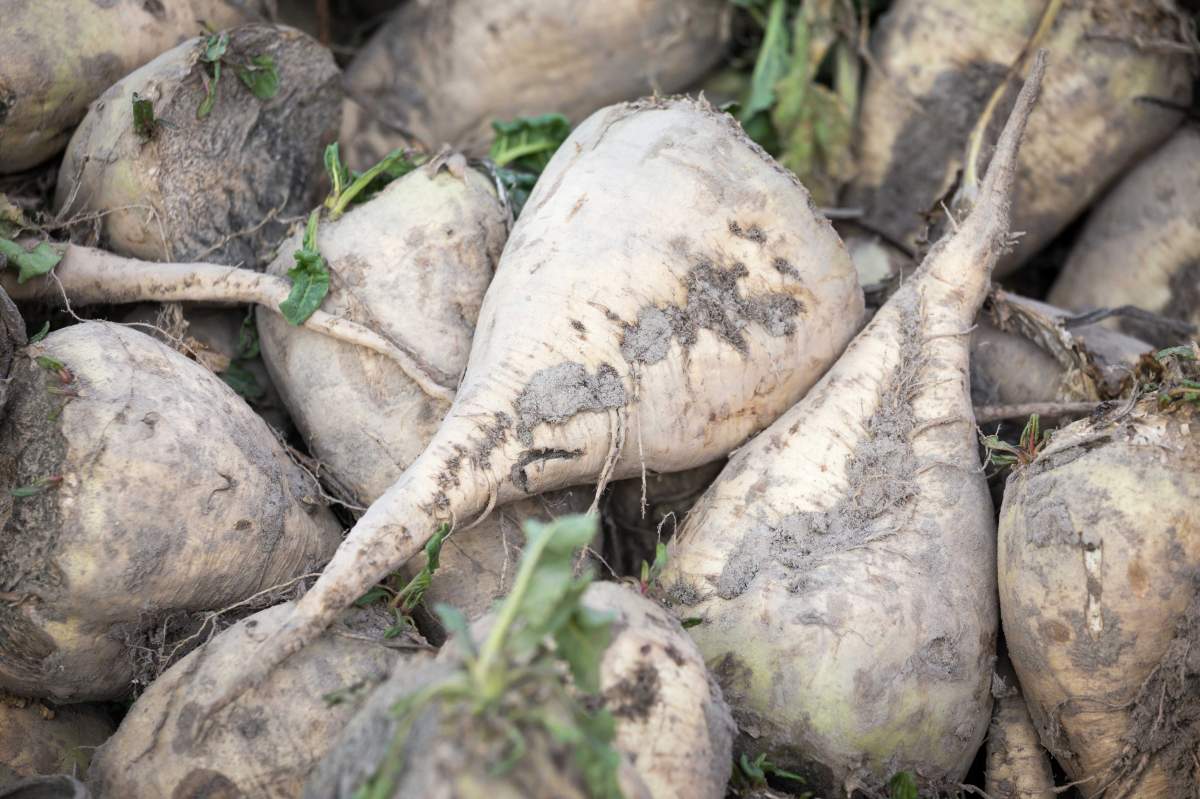 Open A Can Of Worms

Did you know that beets can have worms?

And farmers don't even have an insecticide to properly deal with them. Fumigants will work, but they are expensive and have environmental impacts. Fungi have been used, but they aren't 100 percent effective. The best method for knot nematodes is to rotate non‑susceptible crops into the field for a couple of years. But that doesn't work as well for cyst nematodes.

When the cyst nematodes are larvae, they dig into plant roots and use a hormone called cytokinin to stimulate special nurse cells to form tumors that act as food for them. The larvae become adults, and the female's eggs are fertilized. Her body turns into a protective cyst that escapes into the soil where it can last up to 20 years.

An international team of scientists is looking at the cytokinin link as a possible way to control cyst nematodes in the future. Their research has discovered two important factors. First, they found that nematodes also have a gene that is used to make cytokinin. Second, they discovered that mutant plants which produce less cytokinin are less susceptible to infection.

This discovery is just basic research, but plant breeding is probably the best course of action against the worms. Maybe they could use mutant plants to breed new resistant strains that make less cytokinin, or block the nematode's cytokinin gene.