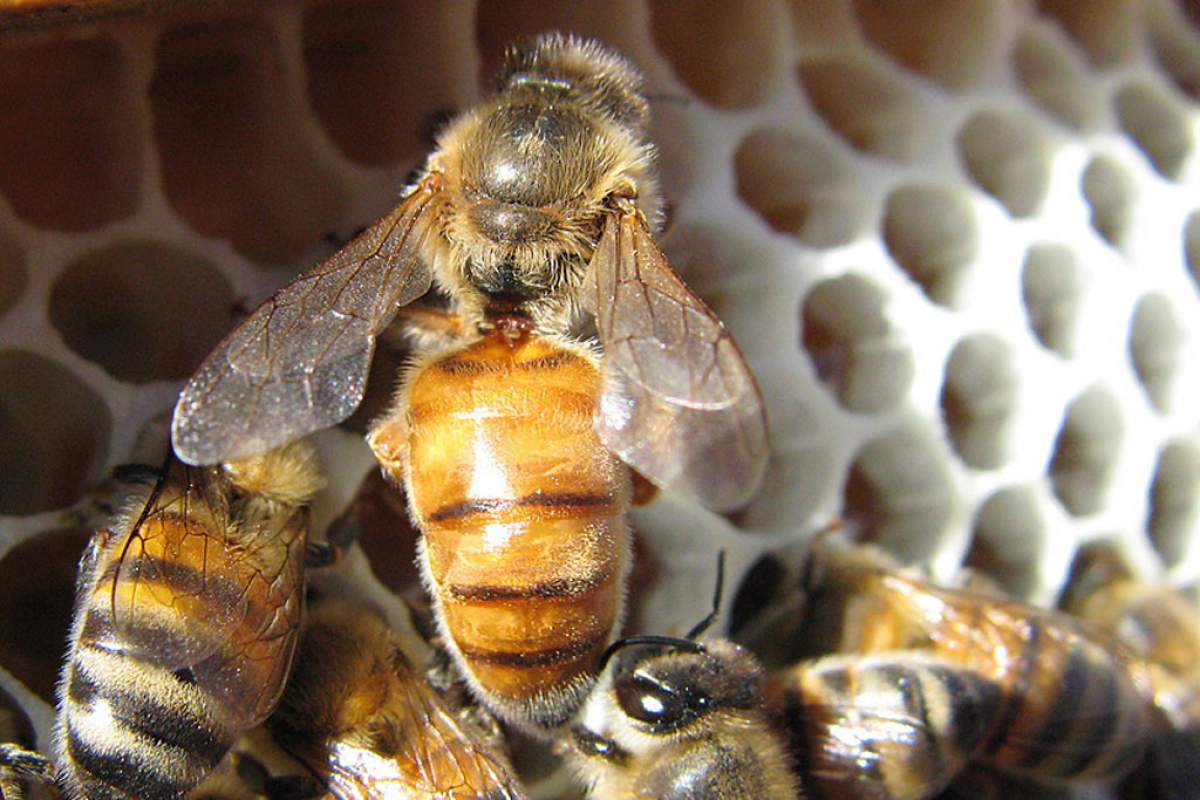 Vaccines are great. They've saved millions of lives over the years. But for people who are afraid of needles, getting the necessary shots can be miserable.

The next time someone tells you they hate shots, tell them they should be envious of bees.

Bees are born with protection against certain diseases already in their bodies. The process starts withÂ forager bees, which sometimes pick up bacteria along with the pollen and nectar they collect.

Then they bring that bacteriaâ€‘containing pollen back to the hive, where worker bees turn it into royal jelly, which is a special food only the queen bee eats. So, when the queen eats the royal jelly, she's also taking in small doses of bacteria.

Once in her body, those bacteria bind to a protein called vitellogenin, and are carried through her blood to her eggs. Similar to how the tiny dose of flu virus you'll get in your flu shot today will prepare your immune system to fight off the virus if someone coughs or sneezes on you, the bacteria bound to vitellogenin that baby bees are born with act somewhat like a vaccine and help prepare their immune systems to fight off diseases later on.

Of course, those natural vaccines don't protect against every disease, and there are some diseases out there that can wipe out whole colonies. Scientists are working on producing vaccines that bees can eat to prevent that.

Thank you to Reed Johnson of The Ohio State University for reviewing this episode's script.