The Bee Shoots, It Scores! 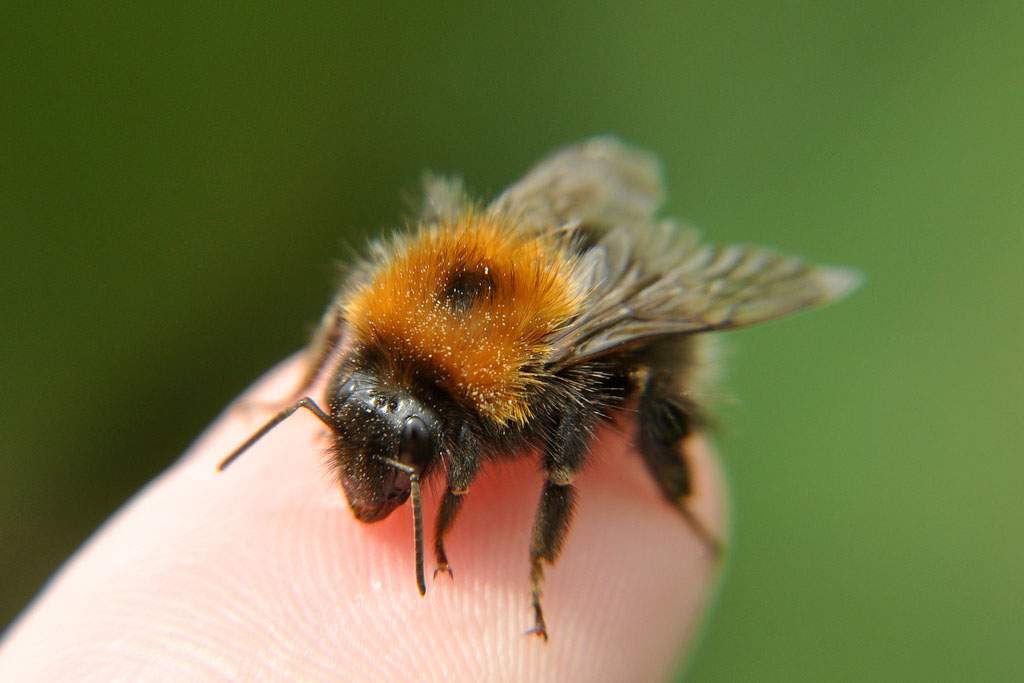 You can teach dogs to fetch, parrots to say things, and gorillas how to use sign language. But, what about bees?

It turns out, bees can learn complex behaviors that mimic scoring a goal in soccer using a tiny ball, according to a recent study.

A different study previously showed that bees can use tools if it aids them in getting food. In that study, bees had to pull on a string to be able to access sugar water. This study is different because it shows that bees can learn behaviors that do not mimic anything they might regularly do to survive.

The World Cup For Bees

Scientists first trained the bees in the study to know that if a yellow ball was in a target location, they'd get sugar water, and then showed the bees three balls at different distances from the target.

The bees either watched a previously trained bee move the farthest ball to the target and get a reward, watched a hidden magnet move the ball, or just saw the ball in the target location with the sugar water. Not only did the bees figure out the task, they also used a different technique: pulling the ball instead of pushing it like the demonstrator bee did.

They also moved the closest ball to the target instead of the farthest ball, and when scientists switched out the yellow ball closest to the target for a black one, they knew to move it to the center, too.

The bees weren't just copying, but showed an understanding of the task. One result is this study shows bees have a lot more cognitive flexibility than many assumed.

Thank you to Randy Hunt of the Indiana University Southeast Biology department for reviewing this episode.