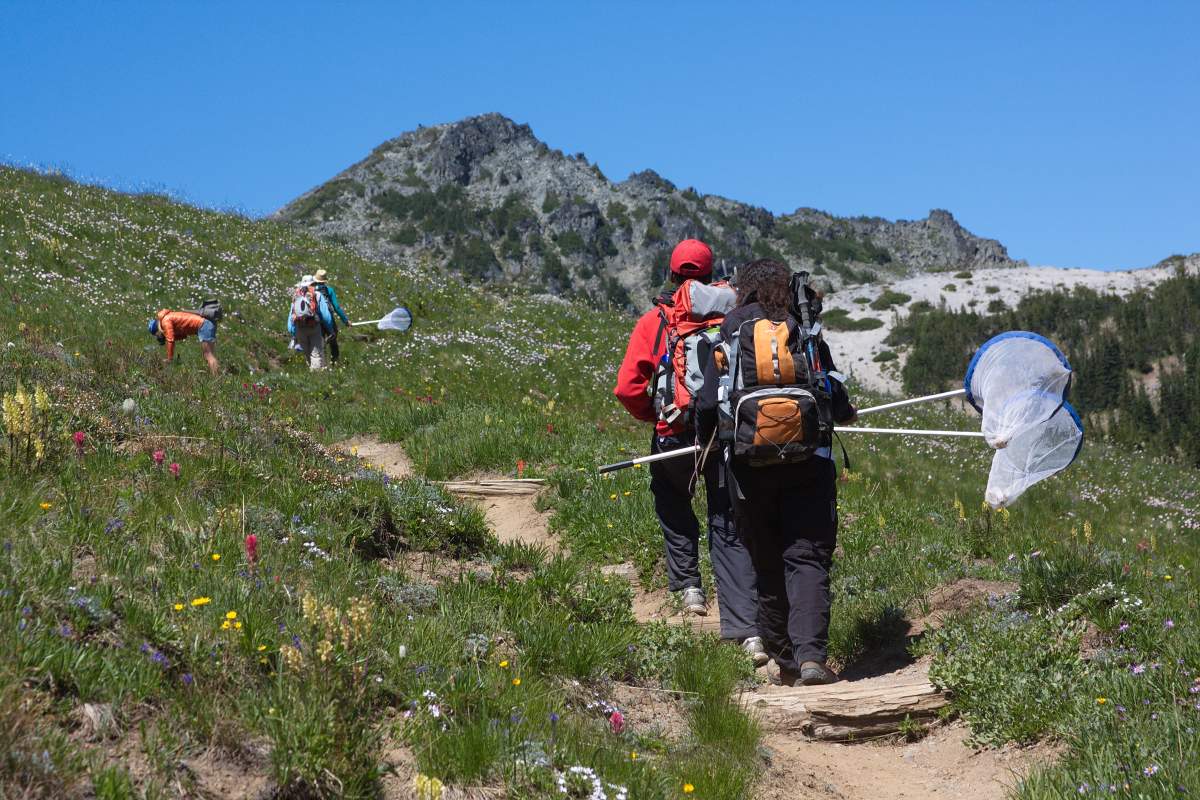 Like counting the stars, sometimes collecting data for environmental studies surpasses the resources of researchers. In the following projects, scientists solve the problem by enrolling citizen scientists, armed with cameras, butterfly nets and Tupperware bug traps.

Collecting Insects in the Grand Canyon

Dams in the Colorado River provide energy to cities, but they also change the natural flow of the river. Scientists worry that the dam's infrastructure harms the river's ecosystem by decreasing insect diversity. Insects lay eggs by the river's edge, but theÂ cities' changing energy needs cause artificial tides that leaves the eggs to dry out and die.

Ecologists need more information about the life cycles of the insects, and they want to study a long stretch of the river, too long for them to manage alone. So they are inviting volunteers to help them trap insects along 240 miles of the river. Guides and others frequently on the river have already collected thousands of insect samples.

On their migration to Mexico, two species of endangered bats make a pitstopÂ in Tuscon, Arizona, to drink nectar from backyard hummingbird feeders. Biologists are interested in this peculiar behavior, but there aren't enough scientists to do all the monitoring.

So biologists are turning to the owners of the hummingbird feeders to make observations and take photos. The volunteers send their data to a website where biologists can access it. The biologists hope to figure out the bats' favorite and least favorite sites in Tuscon.

Documenting Butterflies in the Cascade Mountains

Climate change will affect the mountain habitat of butterflies, and scientists want to learn how they will respond. Will they be able to establish themselves higher up the mountain, where it's cooler? What will they eat?

In order to find answers, Mount Rainier National Park has developed a volunteer program. Every week, citizen scientists document every butterfly in a five-mile stretch of the mountain. They take pictures and upload them to a website where experts identify them. Scientists then have a better idea of the distribution of the butterflies, and they can figure out how they respond to plant flowering.