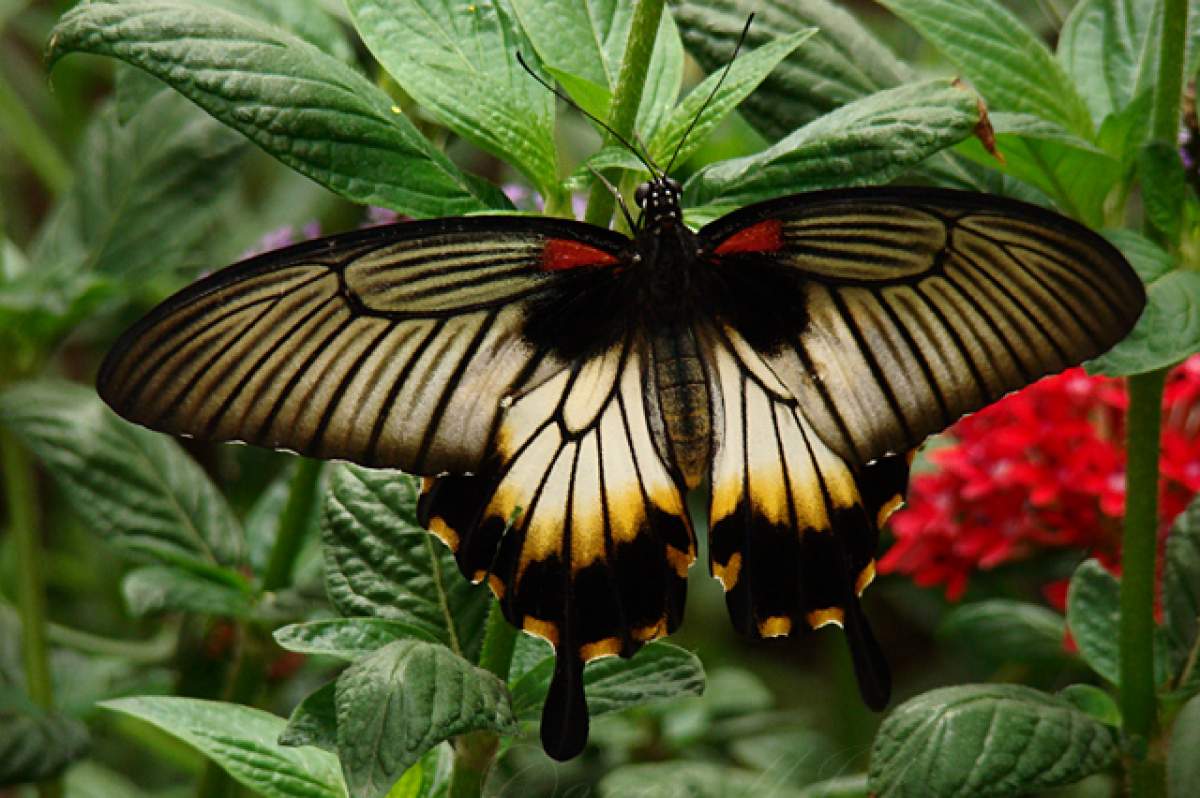 Let's discuss a phenomenon known as batesian mimicry and its contribution to the development of evolutionary theory.

The tale begins with a naturalist named Henry Bates, who noticed that different and unrelated species of Amazonian butterflies not only resembled each other, but that their color patterns, though always similar, differed in different geographic locations.

This phenomenon suggested that the resemblance must be an adaptive trait. Bates proposed that some animal and plant species that are palatable to predators over time evolve to mimic other animals and plants, which are unpalatable, sometimes poisonous, to predators.

Bates's theory relies on Charles Darwin's theory of natural selection. Batesian mimicry entails that if a predator tries to eat an unpalatable model butterfly, it will learn to avoid butterflies with that coloring, thus making mimicry advantageous to the mimic. In this way, the predator drives the evolution of mimicry by not eating the mimics.

Batesian mimicry is interesting, too because in order for mimicry to be beneficial, there cannot be too many mimics. If the number of mimics is too large in comparison to the model species, then the odds that predators are going to learn to associate unpalatability with the two species is decreased.

For years following Bates' announcement of his theory of batesian mimicry in 1862, there was much debate over it. Critics challenged the notion that these species' similar appearances were evidence of natural selection.

Today, studies of mimetic resemblance, such as in coral snakes and scarlet king snakes, to name just one example, are recognized as strong evidence of natural selection at work.