Could You Actually Float Your House Away Using Helium Balloons? 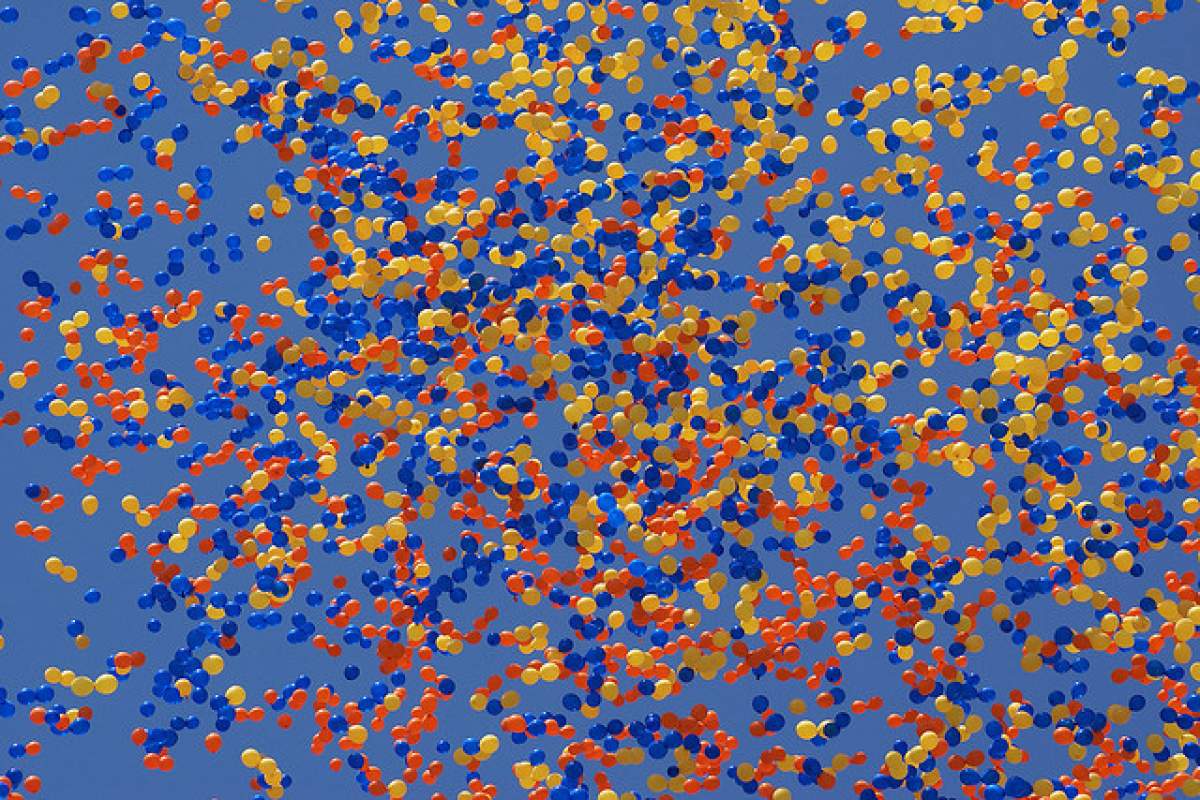 In cartoons, a baby grabs the string of a single helium balloon and floats right out of its baby carriage. Why can't people really float into the air using helium balloons?

Helium balloons float in air because helium is lighter than air: it has fewer electrons, protons and neutrons than air atoms

air is mostly nitrogen. Helium's molecular weight is only 4 while nitrogen's is 28. Because of this, the interior of the helium-filled balloon is lighter than the air around it, so it floats.

Although helium can easily float the weight of the balloon and string, its lifting power is actually quite small: a helium balloon that is one foot around can only lift about one-half ounce. Back to the cartoon baby. If our cartoon baby weighs about seven pounds, he or she would need over 200 one-foot balloons to even begin to lift off. To shoot up into the air? The baby would need even more balloons.

That's A Lot Of Balloons!

Of course if you could rig forty or fifty large weather balloons up to a small basket or lawn chair, you might be able to achieve the lifting power of a small helium-filled blimp and float away into the sky.

That's really not a good idea, though, as one unlucky fellow found out several years ago, but at least now you know why helium-filled blimps are so large, and why babies don't disappear into the sky holding their birthday balloon.