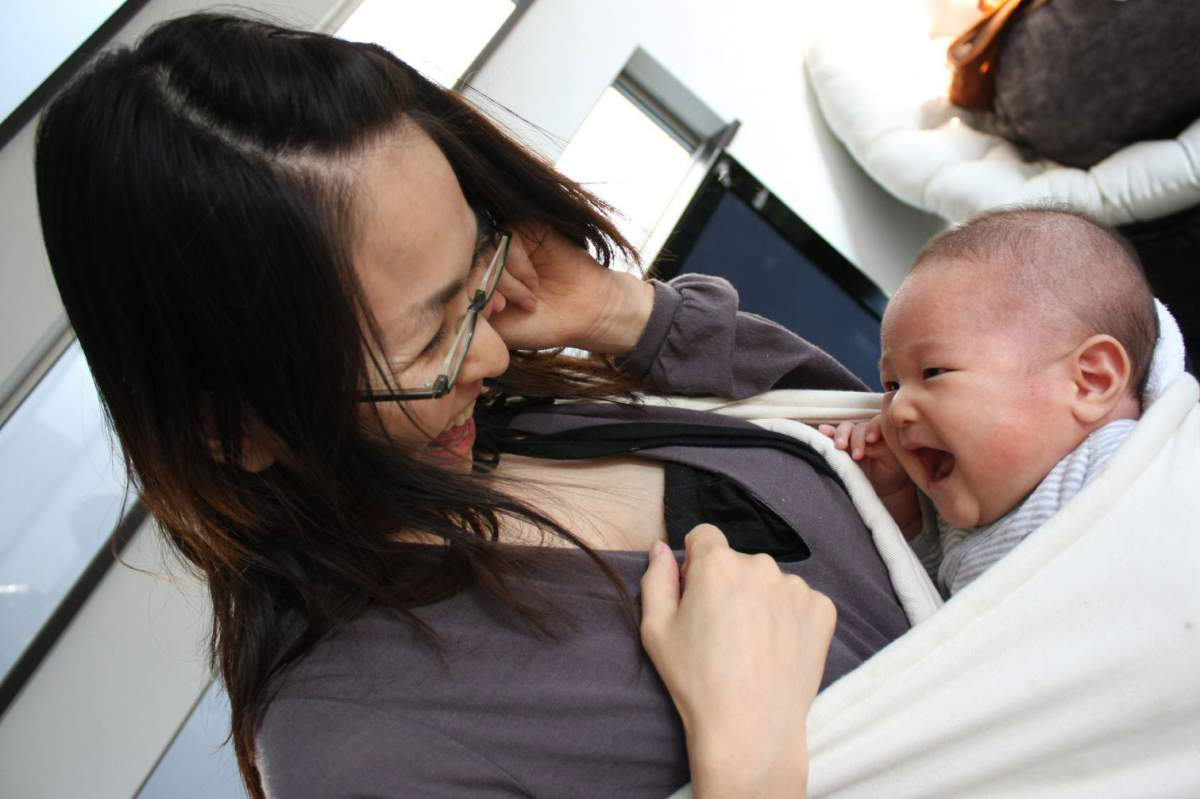 Imitation does play some role in babies learning to talk, but some scientists at Indiana University have determined that babies, like young birds, also learn to talk through social interaction such as touches and smiles. Young birds will change their tune, so to speak, in response to visible gestures.

The human mothers involved in this research were instructed to interact with their babies without changing how they talked, but changing instead how they responded to their infants in other ways--through smiles and touches. These gestures stimulated the babies to respond with more mature, word-like sounds. That is, social interaction played a key role in how the babies matured vocally.

Babies, bird or human, rely on some level on their ability to read social signals in order to learn how to talk or sing. This research demonstrates that reading social signals functions as a tool for learning how to communicate orally. In other words, social learning is key to vocal learning; it's a precursor.