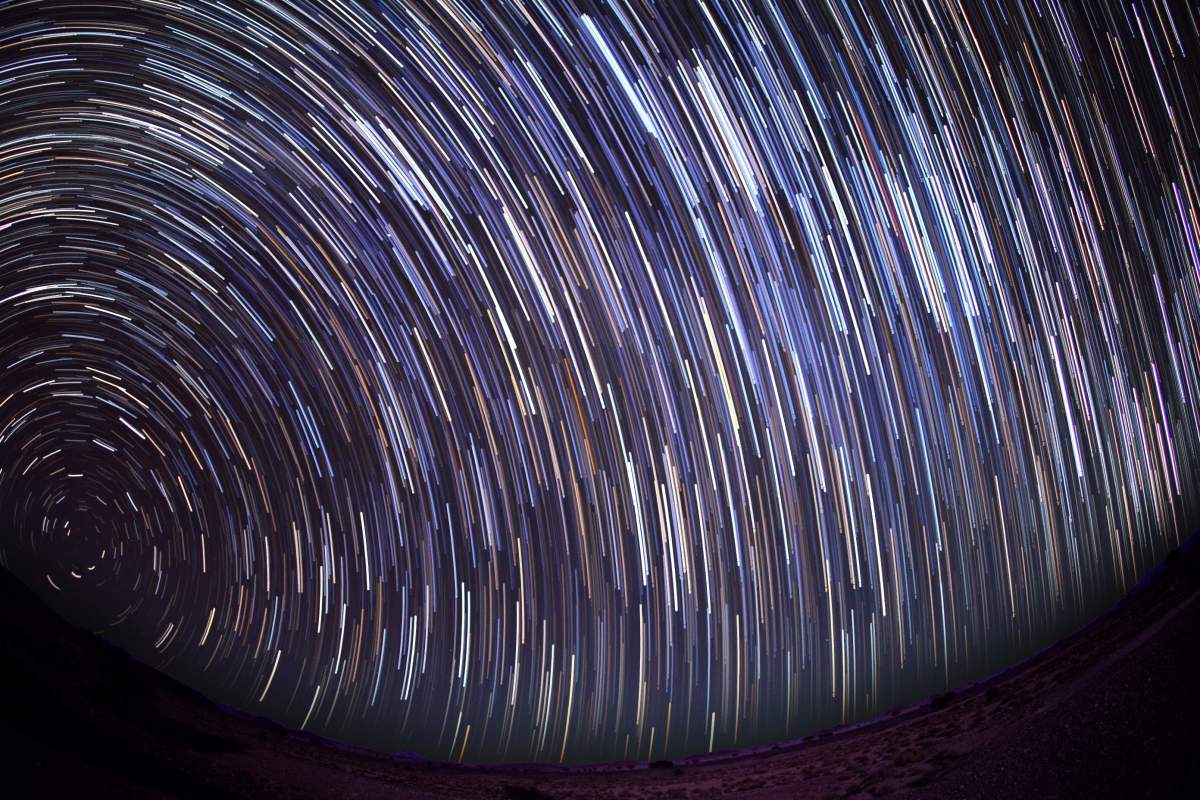 Here's a trick you can pull on a friend using a little knowledge of science: Next time you're lying out in a field looking at the stars, take a look at one through a cardboard tube and say, "Wow, check out this moving star!"

The stars will, in fact, appear through the tube to make little circles in a clockwise direction, due to a phenomenon called the "autokinetic effect."

"Auto" means "self" and kinetic means "motion." When you see a tiny point of light moving, it's often because you are moving yourself--or, rather, your eye is. The human eye is always making tiny, involuntary motions, as well as opposing small movements that compensate for the involuntary ones.

If your brain can use other objects as a frame of reference, such as during the daytime, it filters out the effect of these random eye movements. But when you look through a tube at a star, all you see is one point of light, and your brain can't tell which is moving--the light or the eye. These are great conditions under which to fool your perceptual system with the autokinetic effect.

Studies have even shown that people are more likely to interpret these random motions in a patterned way if you cue them to do so. "Now it's making a circle!" may be all it takes to send that star whirling around... in your friend's eye, anyway.