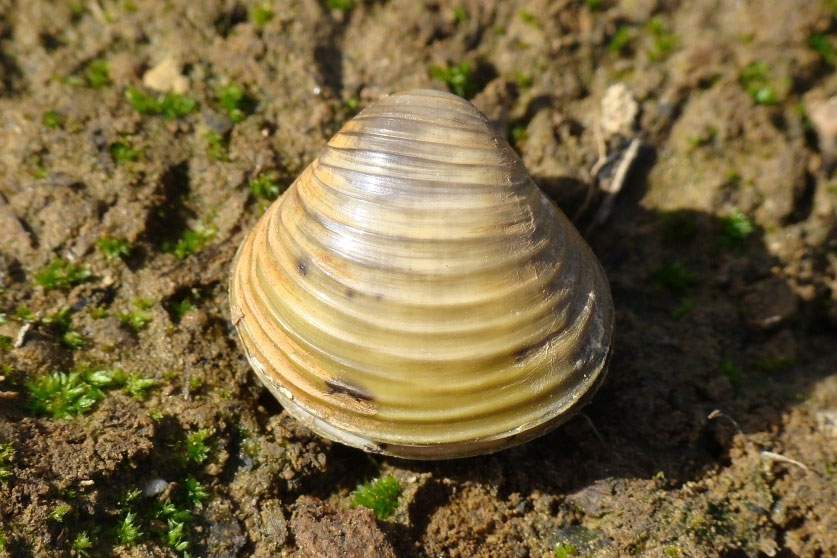 If you think the Clones on Star Wars were a threat, just wait until you hear about Asian clams.

Asian clams are less than two inches in diameter, but billions have invaded U.S. waterways from California to New York.

With unchecked reproduction, they are out-competing native clam species for their favorite food, phytoplankton. They are clogging water intake pipes of power plants, costing millions in clean up costs.

Because of their small size, they are even ruining cement when they are mixed into batches instead of gravel.

Part of their success may be due to the fact that some species are hermaphroditic, they have reproductive organs associated with both sexes. For these clams, that means they can reproduce by themselves.

They not only fertilize their own eggs, those eggs eject their own DNA to keep the sperm's DNA, so the offspring are identical clones of the parent. They can produce two thousand juveniles a day, or one hundred thousand in a lifetime.

Often, asexual reproduction is not good for species. Over time, harmful mutations can build up, and a species will die out. That's why scientists wondered about the Asian clams' reproductive achievements. How could they be so successful when only producing clones?

While some Asian clam species do sexually reproduce, asexual species have another method for getting new genes. They steal them.

Scientists discovered this when their genetic analysis showed that both sexual and asexual species shared some of the same genes. It appears that hermaphrodites accomplish this feat by capturing other species eggs or sperm and removing genes to insert into their own eggs.

Jedi Knights might not be able to fight off Asian clam clones with their light sabers, but scientists are trying to discover their reproductive secrets in an effort to fight them.