How Do Artificial Tanning Creams Work? 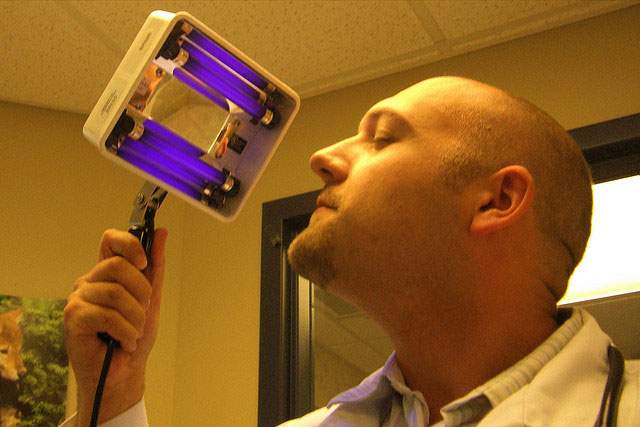 Gone are the days when, in blissful ignorance, you could slather on baby oil and roast to a crisp in the sun. Now we know that the sun's ultraviolet rays damage skin cells, increasing the risk of skin cancer. Still, people long for a golden tan, and store shelves are full of artificial tanning creams which promise that sun-kissed look without the danger of too much exposure to the sun. How do these artificial tanning creams work?

Drugstore tanning creams fall into two categories, depending on the active ingredient. The first type of tanning cream contains dyes. Slather this stuff on your skin, and you're staining your skin cells with dye. If you leave more cream in some areas than others, though, you're likely to end up with interesting stripey or streaky patterns on your skin.

Instead of dyes, the second type of tanning cream contains a nontoxic, colorless sugar as the active ingredient.

That's righta sugar, called dihydroxyacetone. What does sugar have to do with bronzed skin? When the dihydroxyacetone reacts with proteins in the outermost layer of your skin, the resulting, harmless compounds have a brownish color. Oddly enough, it's the same reaction between sugar and protein that lends a glass of beer or a roast chicken that yummy golden brown hue.

If you do use artificial tanning creams, the appearance of sun-kissed skin won't protect you from the real sun's ultraviolet rays. To protect from the sun, a shady spot, sun block, and a good old-fashioned hat still do the trick.