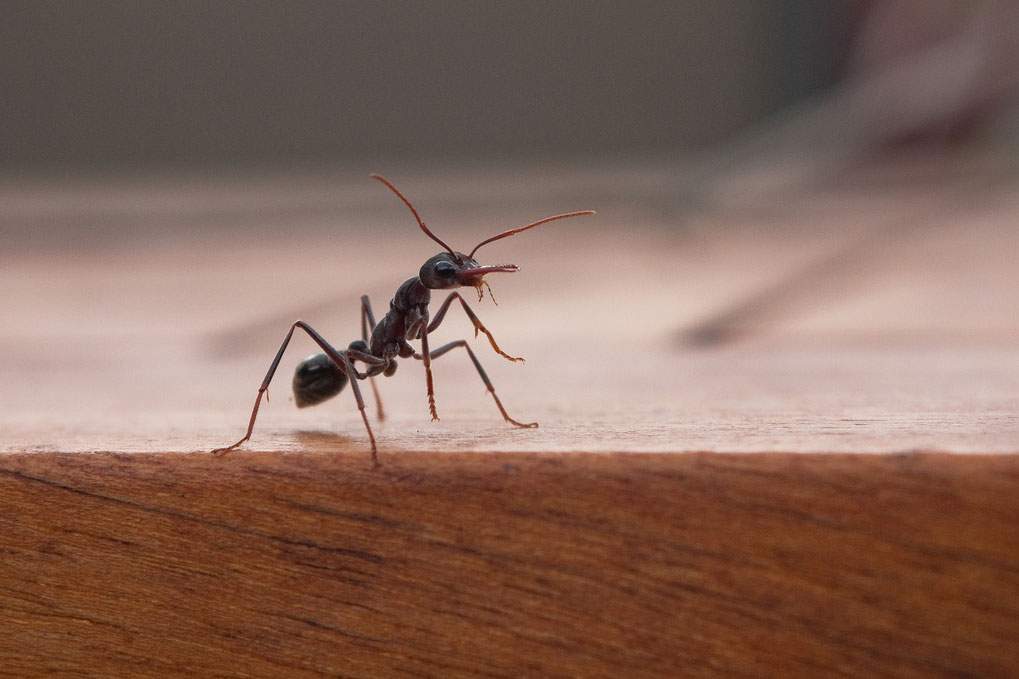 What is an arthropod? It's an animal with an exoskeleton, segmented bodies and jointed limbs. That includes insects, spiders, mites, and centipedes, too. You can probably think of a few dozen different arthropod species, but entomologists from North Carolina State University ran a study that found we share our houses with more than 500 kinds of arthropods. Crazy, right?

The researchers took samples from fifty houses during the summer months near Raleigh. They collected both living and dead arthropods from each room. In total, they identified over five hundred different morpho‑species. Those are species so closely related that they have to be identified by scientists looking for specific physical traits. Each house had, on average, about 100 morpho‑species.

They mostly collected flies, spiders, beetles, ants, and book lice. Most of the species they found don't normally live in houses. They're arthropods that accidently wandered in from outdoors. For example, they found gall midges in all fifty homes. Midges are small flies that feed on outdoor plants, and can't survive indoors. Believe it or not, only five rooms out of five hundred fifty had no arthropods.

Some species were common: cobweb spiders which were found in sixty‑five percent of all rooms sampled. We think our homes are sterile environments, but they're not.