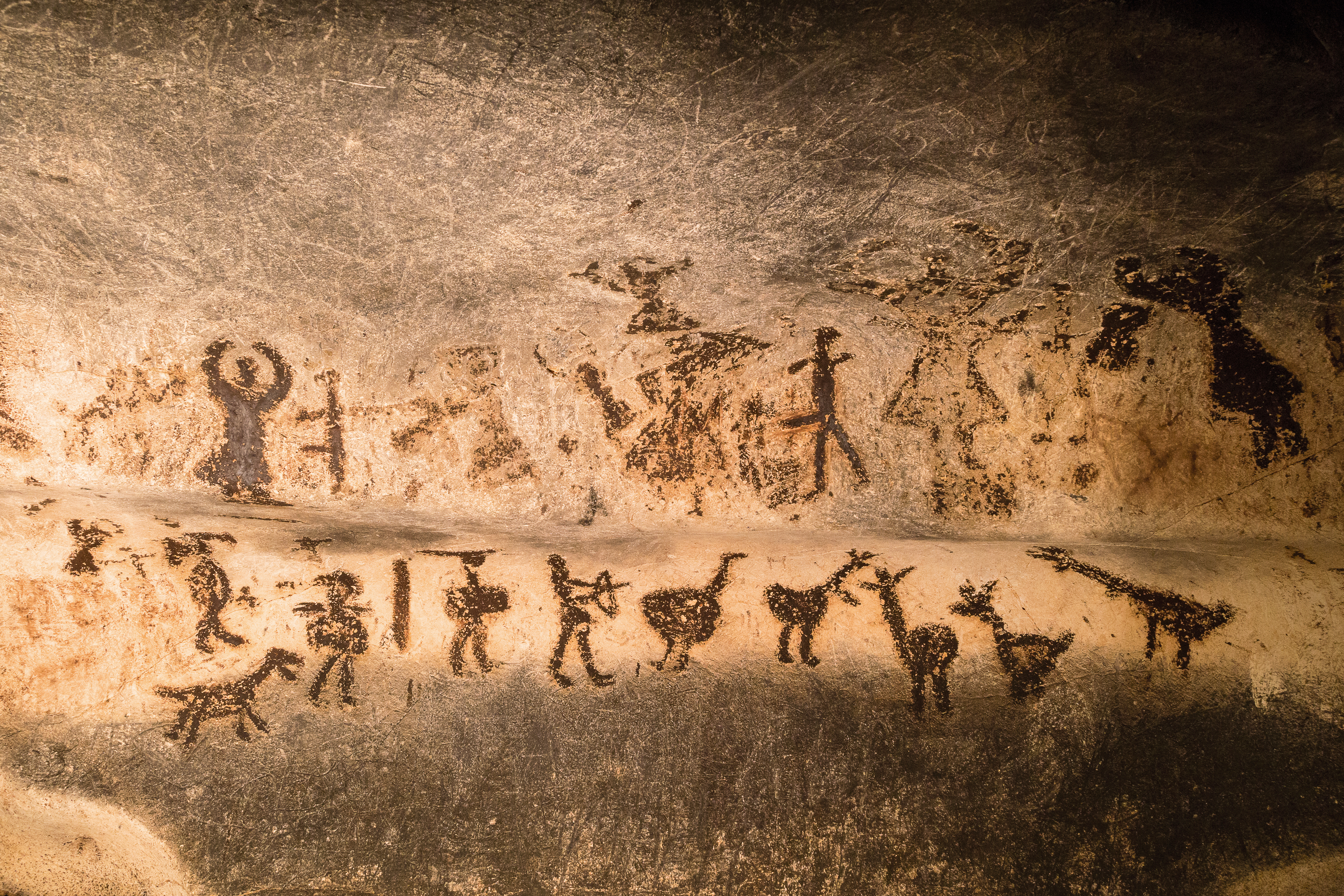 Seventeen thousand years ago, humans painted realistic images of bulls, bison, stags, horses, and other animals on the walls of the caves of Lascaux, in France. They made stencils of their hands, too.

The Indonesian art was discovered in the 1950's in a cave on the island of Sulawesi. There were paintings of indigenous mammals; a midget water buffalo, a warty pig, and a pig‑deer, and there were hand stencils like the ones at Lascaux. In 2014, archeologists reported a remarkable discovery they made when they measured their age.

The scientists determined the age of a cave painting by dating the lumpy mineral deposits that formed on top of the paintings after they were made. The deposits contained small amounts of uranium.

Uranium is an unstable radioactive element. It decays into thorium at a known rate. If you can measure the ratio of uranium to thorium in the deposits, then it's possible to calculate their age.

They found they were at least 40,000 years old. That's at least as old as the oldest known art in Europe. It would mean that humans probably didn't first invent art in Europe.

Our species, Homo sapiens, first appeared in Africa, and then migrated outward into Europe and Asia. It might mean that art was invented much earlier than we thought, in Africa, and that humans carried the tradition with them as they spread.