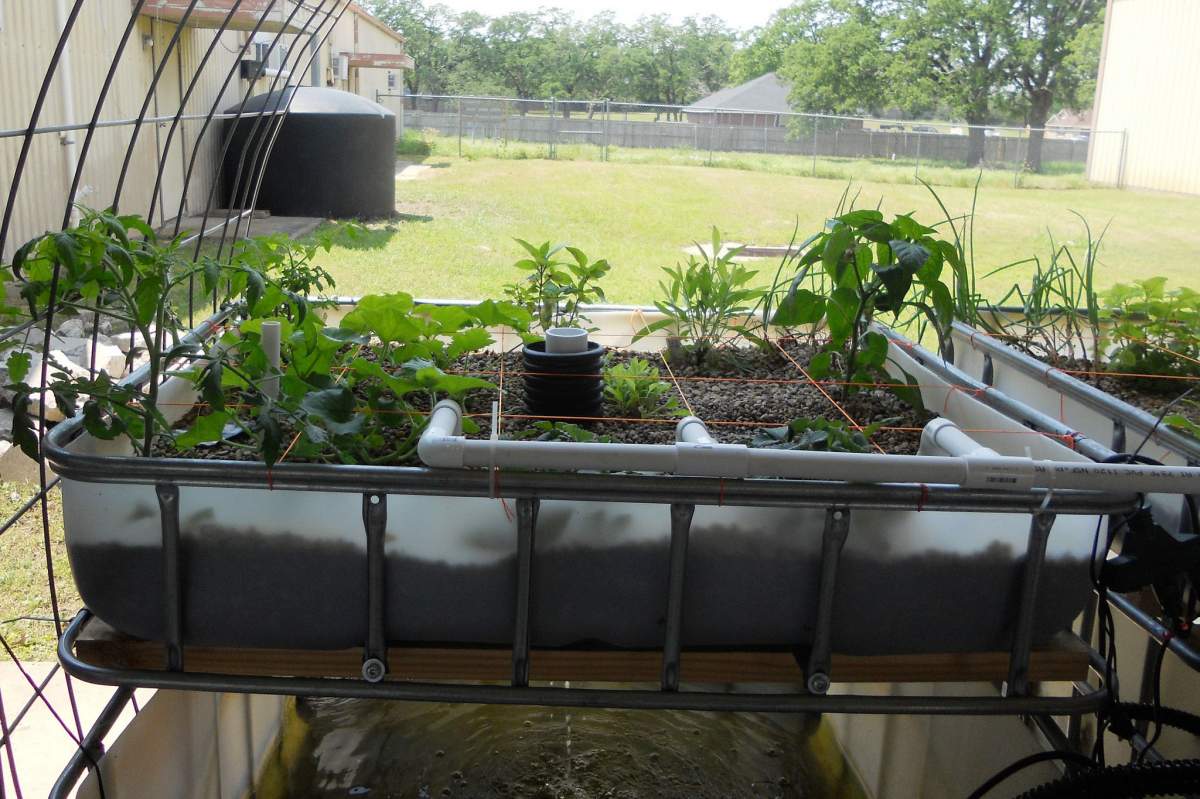 The capital of the Aztec Empire, Tenochtitlan, was an island-city encircled by the shallow Lake Texcoco. In these marshy waters, the Aztecs constructed a system of smaller islands into an elaborate farming industry that met the food demands of their major urban populations and fueled a robust economy.

Aztecs called this agriculture, chinampas. The chinampas were perhaps the first forms of growing multiple crops in the same space. But this practice has had a recent revival, with the rise of aquaponics.

What Is Old Is New

Aquaponics is the symbiotic cultivation of fish and plants in an aquatic system in which water recirculates. Here's how Aztec farmers inspired the practice: they constructed islands from reed mats and other organic materials anchored to the lakebed by the roots of willow trees planted at the corner of each plot.

Extensive canals surrounding the chinampas were used to raise fish. This symbiotic environment thrived because plant roots used fish waste as food and filtered the water which keeps it habitable for the fish.

Aquaponics builds on this model by using plumbing to recirculate water. This means it uses much less water than conventional farming.

Plus, aquaponics produces dual crop yields, but typically uses few or no chemicals. These are key reasons for the popularity of aquaponics, especially for those living in places of water shortage or little farmland.

Subsistence farmers can build their own aquaponics system. Beyond the initial set-up, the primary inputs are fish food, electricity for aeration and filtration systems, and heat for the water in cold climates. Aquaponics is growing in popularity, and it can teach us a lot about conserving resources while producing food.

Thank you to Jesse Blom of Johns Hopkins University for reviewing this episode's script!