Apes and the Movies 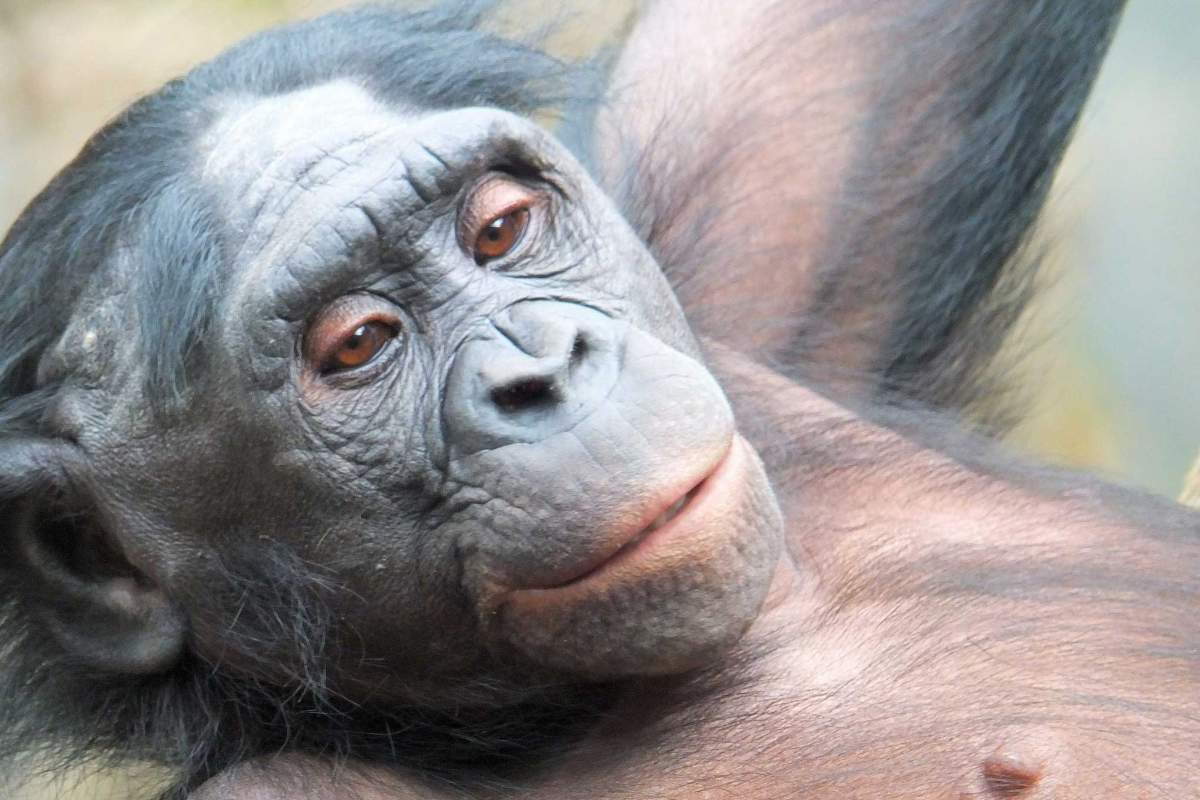 Edge of Your Seat

Humans aren't the only animals that remember specific events in their lives. Chimpanzees and bonobos can, too, according to a new research.

In 2015, two Japanese scientists published evidence to this effect after studying their behavior while they watched movies.

Suppose someone watches a shocking event in a movie, and then watches the same movie again. If they remember the shocking scene, they will show reactions in advance, because they know that it is coming up. For example, you may prematurely jump in anticipation of the alien creature bursting out of the astronaut's belly in Alien.

The scientists made two short movies. In one, a person in an ape costume unexpectedly jumped out and attacked two humans. In the other, a human picks up an object and uses it to attack the person in the ape costume. The apes seemed to really like the movies, and watched them intently.

And they remembered the shocking scenes! When the scientists showed the movies to chimps and bonobos they tracked the animals' eye movements. They showed that the shocking scenes were effective in grabbing the apes' visual attention. When they showed the movies again, a day later, the animals made eye movements in anticipation of the scenes, providing evidence that they remembered them.

Chimpanzees and bonobos are more like us than we thought!

"Apes Know a Good Thriller When They See One" (Science Daily)