Ants To The Rescue 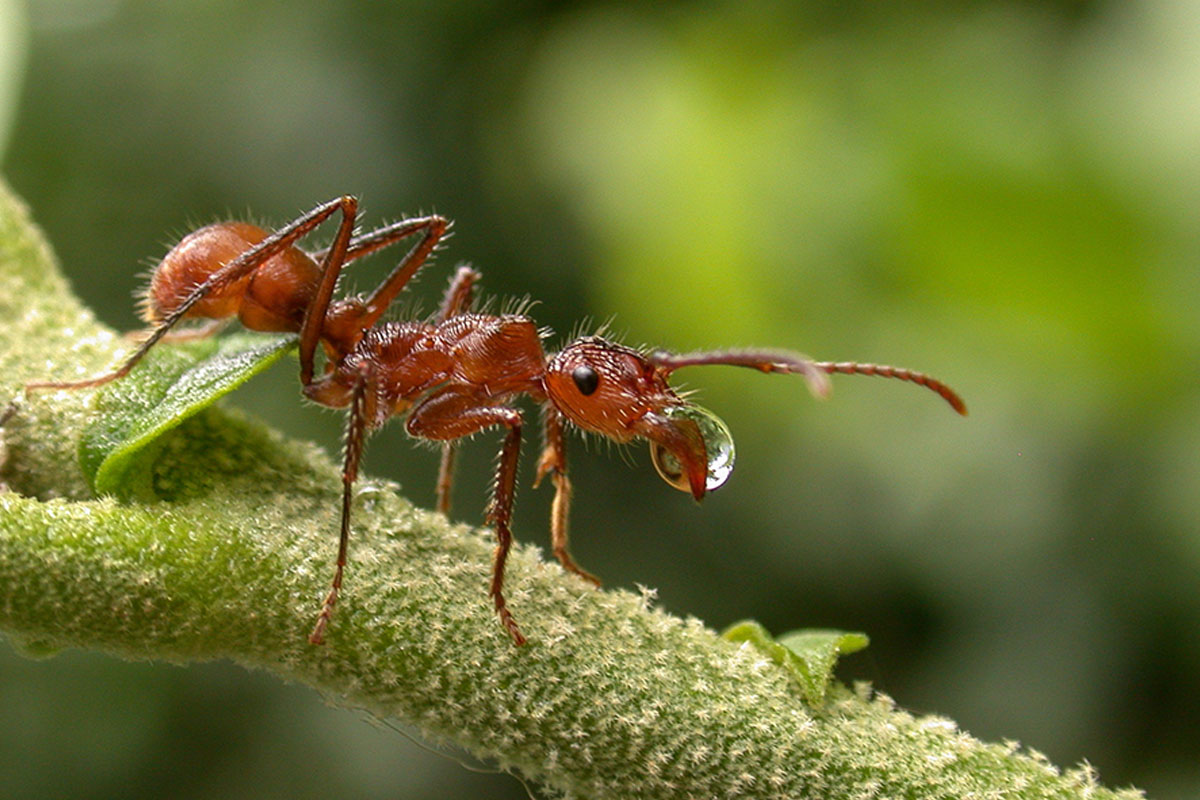 While rescuing others from entrapment isn't a very common animal behavior, it has been observed in a number of species of social animals, including several different ant species. (Alex Wild, Wikimedia Commons)

In 2019 ethologists published evidence that a species of harvester ants will rescue their nest mates when they become trapped in a spider web. The ants do this even though there's a risk that the spider will get them too. The species the researchers studied lives in the southwestern deserts of the United States. The harvester ants move in a massive single column to forage for seeds, and risk being preyed upon by a species of spider related to the black widow.

While rescuing others from entrapment isn't a very common animal behavior, it has been observed in a number of species of social animals, including chimpanzees, dolphins, a speices of monkey, and a warbler bird, besdies several different ant species. The harvester ants are unusual because rescue behavior is usually observed in animals that live in small groups, and these ants live in colonies of tens of thousands.

To alert their fellow ants that it's in trouble, a trapped harvester ant calls for help by releasing an alarm substance that others can detect. Since the ants forage together in columns, help is usually nearby. The ants don't stop when they've resuced their sister. They go on to destroy the spider web, taking up to two hours to tear it apart with their jaws.