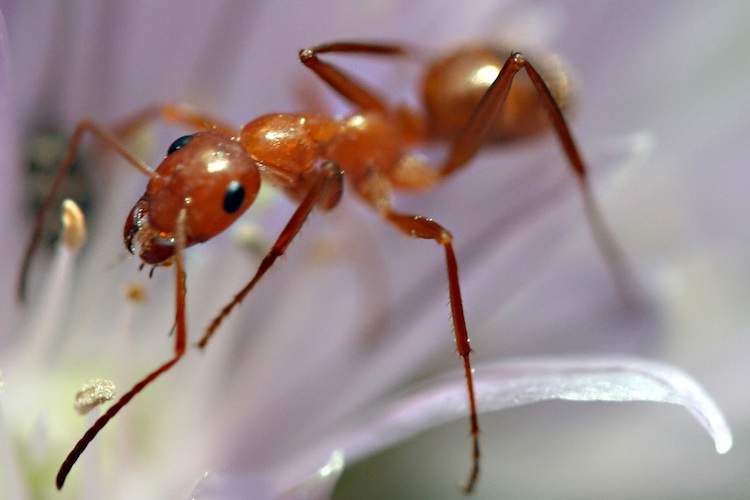 Ever notice spotted ants and wonder if they're diseased? Turns out those spots aren't symptoms of a disease. Certain ants actually farm gardens of a spongy fungus that they sustain themselves on.

Those white spots are bacteria that help ants survive by killing off an enemy a weed fungus that has the power to destroy an ant fungus garden in just several days, turning it into a brown oozy mess.

You might be wondering how bacteria protects these ants and their gardens. The key word is antifungals. Believe it or not, many bacteria actually produce chemicals humans use to treat various fungal infections. In fact, scientists have identified this particular bacteria as belonging to the genus Streptomyces, which happens to be the same genus ofÂ bacteria which has been used to produce a large number of human antifungals and antibiotics like streptomycin.

The antifungal compounds that this particular bacteria secretes targets the enemy weed fungus, leaving other fungi unharmed. Interestingly, it seems that only the female ants carry the bacteria on their bodies, probably because the females are the ones who tend the fungus gardens as well as the ones who go out and start new colonies, thus passing the bacteria on to the offspring colony.

What's particularly interesting is that this relationship between the ants and the bacteria appears to be highly evolved, suggesting these ants have been using anti-fungal agents a lot longer than we have perhaps millions of years longer.