The Mysterious Mechanism of Antikythera 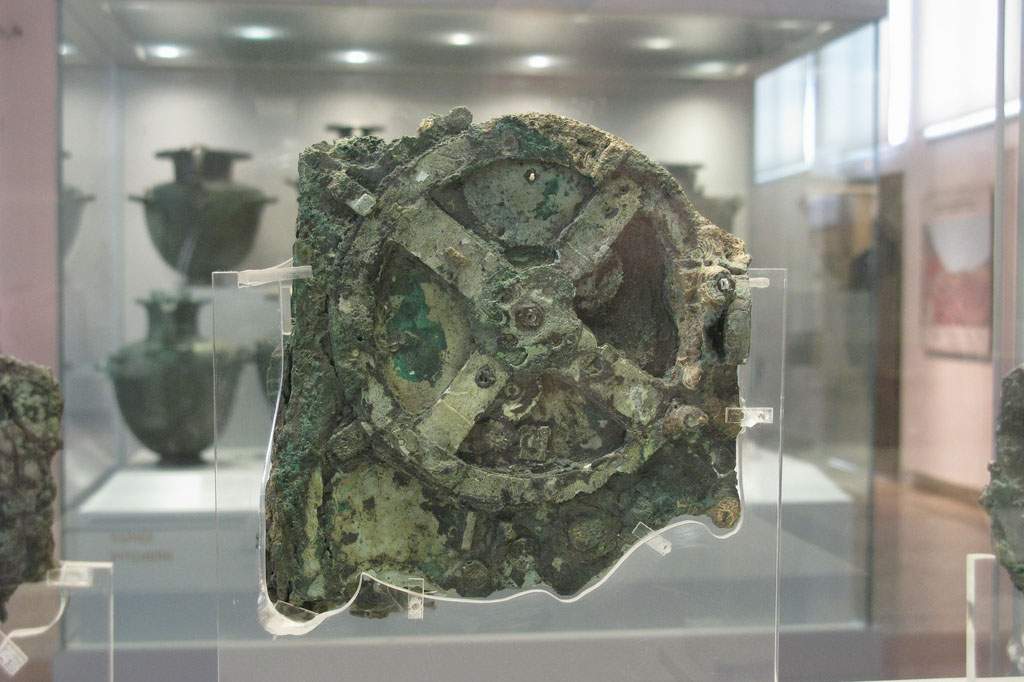 In 1900, divers discovered the wreckage of a large ship off the Mediterranean island of Antikythera, near Greece. Archeologists believe it sank during the first century BC.

The divers recovered an impressive array of Greek statuary and pottery, but they also found something much more surprising. It was a heavily corroded, mangled, and sediment-encrusted machine with a complex array of finely milled bronze gears.

Its manufacture showed a level of sophistication not previously seen before the clockwork of the fourteenth century AD. It became known as the Antikythera mechanism and remained a mystery for decades, because researchers had no really good way to study it further.

By the early twenty-first century, an international team of researchers was able to use high resolution xâ€‘ray tomography to see inside the mass of gears and sediment, and, at last, explore its secrets.

The interior of the machine contained more than thirty gears and wheels, organized so that the machine functioned as an astronomical computer. Using a mathematical theory developed by the philosopher Hipparchos in the second century BC, it could compute the locations of the sun, moon, and planets in the sky, and the moon's phases. It was designed to show lunar and solar eclipses based on the mathematical techniques of the Babylonians.

It was covered with inscriptions that described what the user would see on the dials of the mechanism. The researchers even made a modern reâ€‘creation of the device.

But a machine of this sophistication must have been the product of a prolonged tradition of machine building, and researchers still haven't found other examples, although they are mentioned in ancient literature.

Thank you toÂ Michael. G. Edmunds of Cardiff University for his help in reviewing this episode.