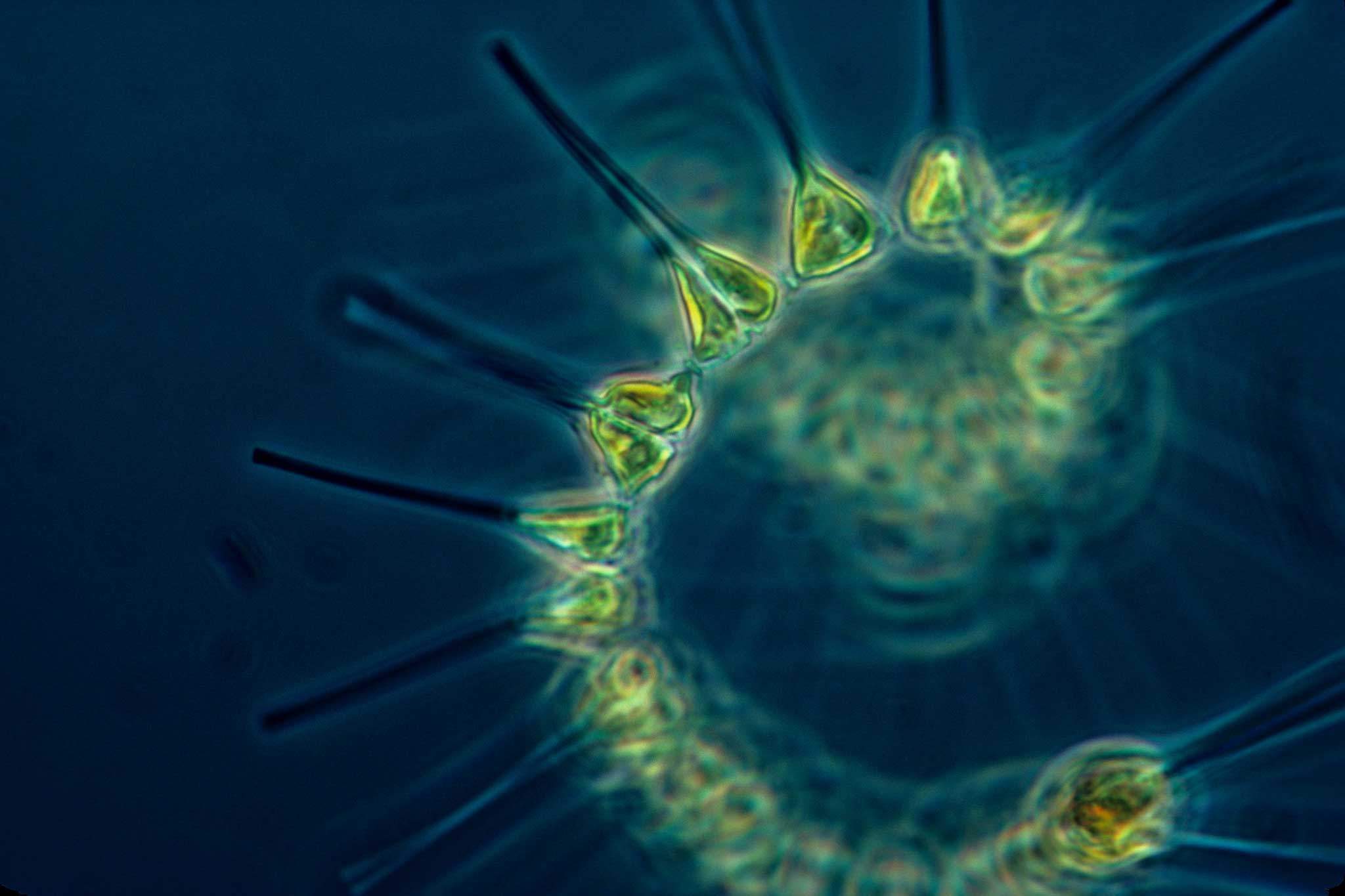 The Numbers Don't Match Up

Antarctic air temperatures over the last million years moved in synch with atmospheric carbon dioxide concentrations. They both dipped down during cold glacial ice ages and back up again during warm interglacial times.

The story wasn't so simple for the tropics and Northern Hemisphere. There, the temperatures and gas concentrations didn't always match. The amount of carbon dioxide in the atmosphere was lower than expected. Scientists wondered why that was the case.

Scientists now believe the mysterious mismatch was due to two factors: circulating ocean currents and phytoplankton.

Using computer models, researchers calculated that during glacial periods, when the atmosphere was colder and sea ice was widespread, circulating currents traveled from Antarctica all the way north of the equator. That was much farther than they did when it was warmer. Nutrients traveling upward in the current from the bottom of the southern oceans spent more time on the surface before circling back down and following the current back to Antarctica.

Because nutrients spent more time near the surface of the ocean, microscopic phytoplankton could feed on them longer. They might be small, but phytoplankton blooms, composed of billions of the organisms, can take a significant amount of carbon out of the atmosphere via photosynthesis.

When the phytoplankton died, the carbon they contained sank to the bottom of the ocean where it was locked away for thousands of years. Models suggest that phytoplankton alone could account for about one half of the unexplained reduction in carbon dioxide.