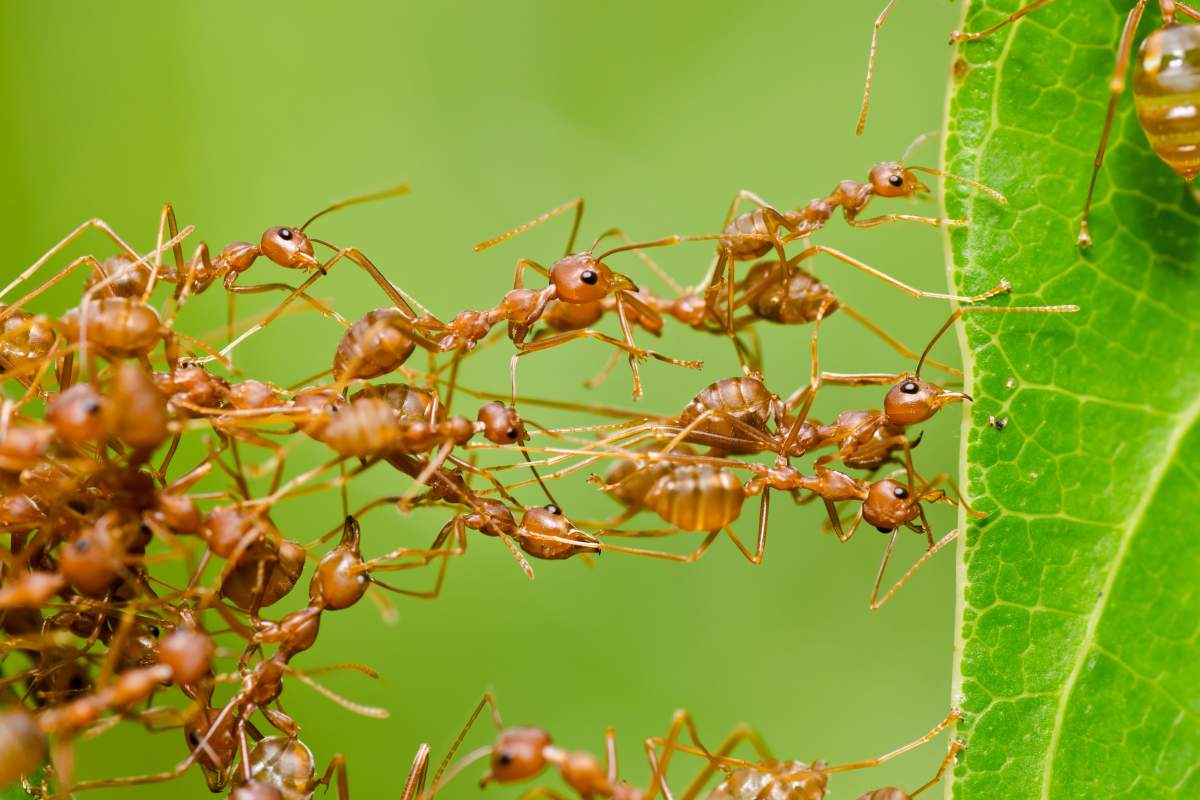 Scientists discovered an ant supercolony that stretches over nearly four thousand miles of southern Europe, all the way from Italy to Portugal.

In an ant super colony, ants operate as if they're members of the same colony, even if they're separated geographically.

These particular ants belong to an invasive ant species from Argentina that attacks the members of unrelated ant colonies and fights them to the death. So scientists realized the ants they collected were all members of the same colony when they pitted ants from different nests against each other, and they didn't fight.

What Are We Fighting For?

Genetic testing proved that these ants weren't relatives. So now the hypothesis is that once these ants reached Europe, they had plenty of food and no natural enemies, so they no longer had to fight each other for survival. As a result, these ants lost the ability to recognize which ants belonged to their nest, and which didn't, since that knowledge no longer helped them survive.

But this proved true only within the species, and that these ants obliterated plenty of other species of ants, spiders, and insects that they encountered in their new habitat.