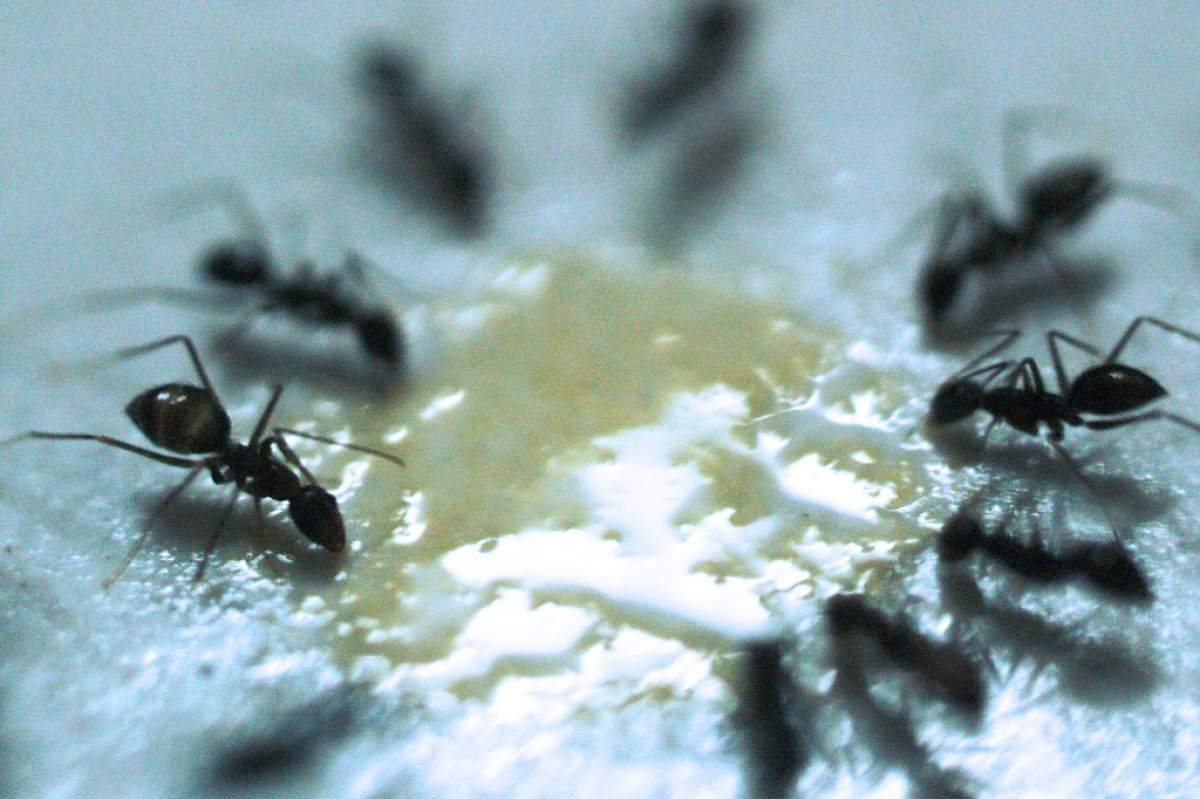 Scientists now know that ants can actively seek out morphine if they've been exposed to it. So far, they're the only non-mammal species that we know of that's shown drugâ€‘seeking behavior.

First, they divided ants into three groups. The first group was given a solution of morphine and sugar, and scientists gradually removed the sugar until the ants were getting pure morphine.

The second group got a solution of sugar and water, and scientists gradually removed the sugar here as well until the ants were getting pure water. The third group just got pure sugar. After the six days of the experiment, all groups were given the option of sugar or morphine in feeders.

The group of ants that had been exposed to the morphine solution earlier went for the morphine feeder. The other two groups went straight to the sugar, as we'd expect of ants.

Researchers found that ants who had tasted a morphine and sugar mixture were producing higher dopamine levels as a result.

The researchers in the study then wondered if the ants that went for the morphine were really addicted to it. There was a possibility that they just liked the taste.

The researchers in the study had that question too, so they analyzed the ants' brains to see if they were producing any of the neurotransmitters that signal addiction. And they were. The morphineâ€‘fed ants were showing higher dopamine levels, a neurotransmitter associated with rewardâ€‘seeking behavior.