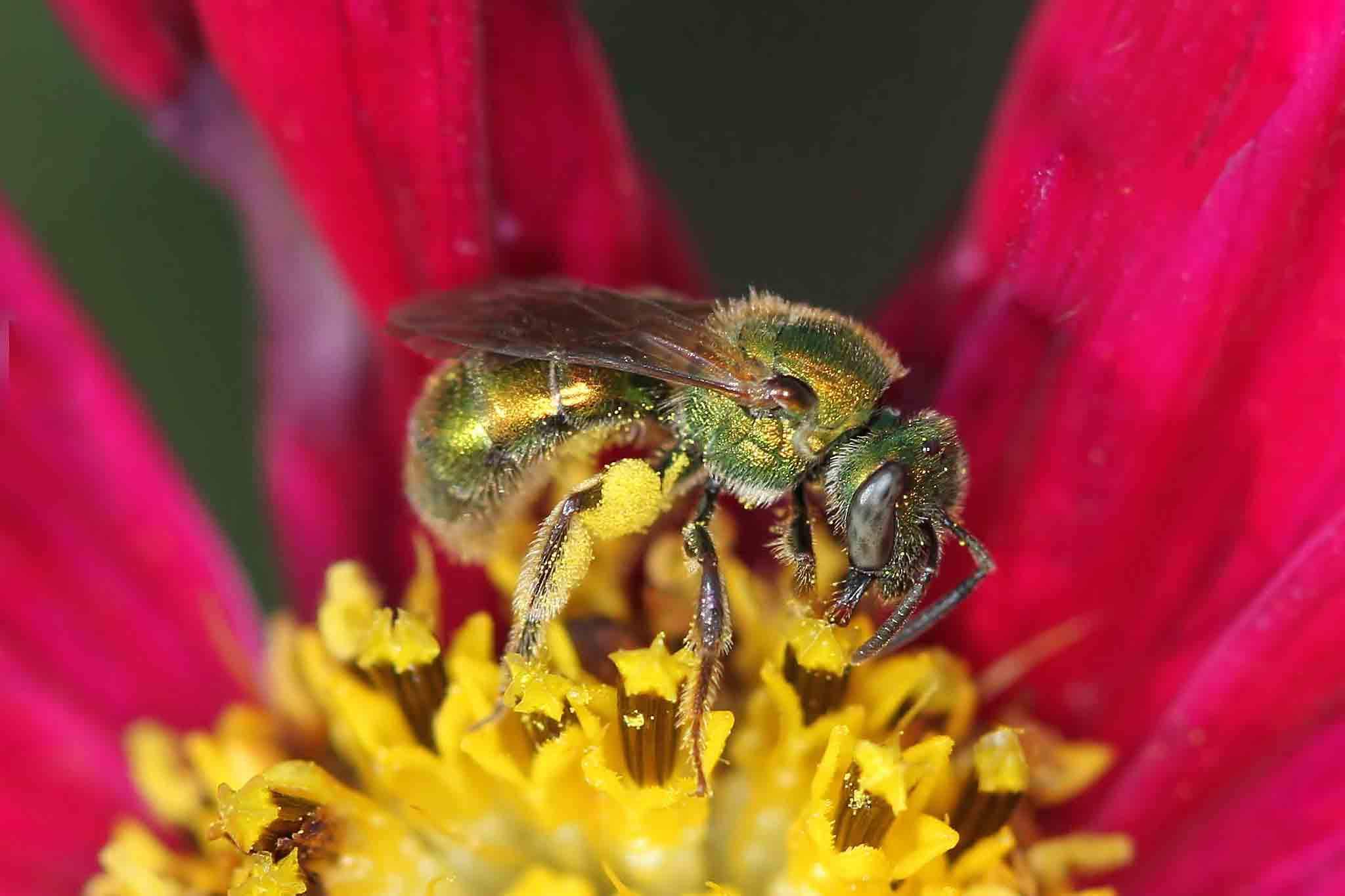 Imagine this. You're coming home to your gated community after a long day of work. As you stop to show the guard your ID, a mugger jumps out from behind a bush and grabs you by the mouth. That's pretty much the way it happens to sweat bees.

Sweat beesÂ are the little metallic-looking critters who live in nests burrowed into the ground. Some bees go out foraging, but one stands by the entrance to the nest. She doesn't let anyone in unless she can identify herself using a chemical tag. When the returning bee is waiting for the ID check is when it's most vulnerable, and sure enough, entomologists have observed another species attacking at just that moment. Ectatomma ruidum--ants.

E. ruidum charges the waiting bee, grabs its mouthparts, hauls it away and kills it.

What's a bee to do? Two French researchers spotted sweat bees changing their flight paths when an ant was lurking by the hole. According to the study, bees have been seen to pull up at the last minute and try coming in from a different direction. Others land far away from the hole and then dash in on foot. Researchers found that even a dead ant with its odor removed is enough to spook the bees.

This is an impressive feat, showing sweat bees are somehow able to understand the danger posed by ants. But it's also just eye-opening to realize how much strategy and counterstrategy is involved in the daily lives of even the smallest insects.