How Did Animals Survive The Ice Age? 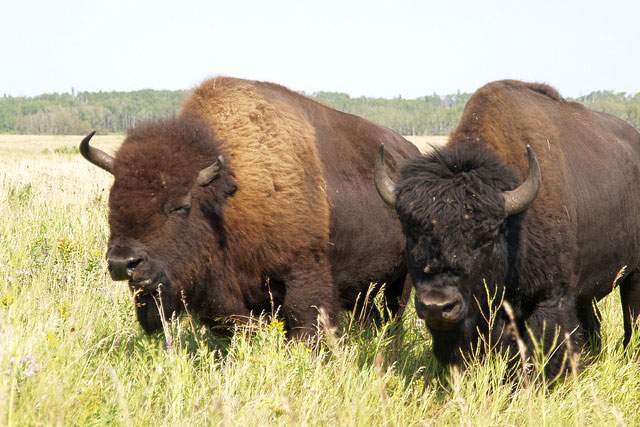 During the last ice age, rapid swings in temperature occurred within decades or less, meaning populations of organisms had to adjust quickly to new environments or face extinction.

Scientists knew there wasn't time for the genetic code to mutate within individuals and spread throughout large populations. So, how did animals respond? Ancient bison preserved in the Canadian arctic have given scientists a clue.

When genes were first identified, scientists thought they were hard wired. One gene made one protein and was unalterable. Today we know the story is much more complex. Part of that complexity is known as epigenetics, a process by which genes are modified by environmental factors.

The genetic code stays the same, but certain molecules attach to the code to prevent specific genes from working or to change how they are expressed. Other molecules can affect the chromosome and alter the way the DNA unwinds, affecting how genes work.

This is just the first step in solving the ice age adaptation puzzle. Scientists plan to gather more DNA samples from animals that lived before and after the dramatic climatic shifts. That way they'll have genetic snapshots to compare. If comparisons prove successful, the next step will be to determine exactly how the epigenetic alterations changed the gene expression.