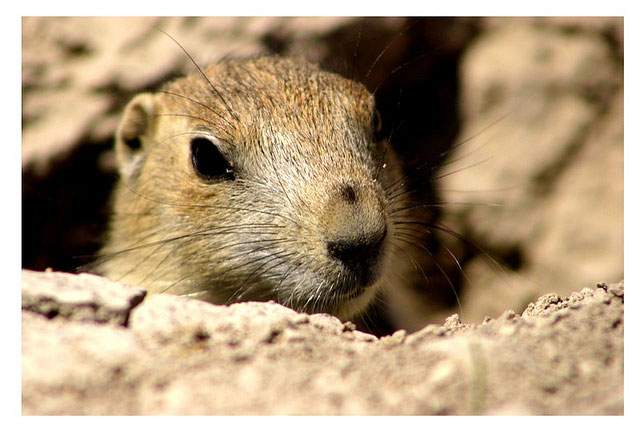 Once again we go to the mailbag. A listener writes:

Dear A Moment of Science, Besides chimps, which animals do you think are the most like people?

Scientists have closely studied prairie dog chirps and found that they're really complex.

You know how some animals have warning calls such as warning shrieks or yells that alert their group when a predator is nearby?

Prairie dogs do this, too, but in a way that's impressively detailed. For example, they not only have specific chirps for different kinds of predators, but also for specific details about what the predators look like.

Yes. In fact, they'd exchange information not only about your presence but about what you look like your size, shape, and the color of your clothes.

How Do Scientists Know?

They did a cool little experiment where they sent the same person into a prairie dog colony at different times, wearing different colored tee shirts. When they analyzed the animals' alarm calls they found that they used the same ones for the person's size and shape, but different ones depending on the color of the tee shirt.

And it speaks to the larger point that humans are not the only animals with a sophisticated language system. Ours may be the most complex, but it's only one among many other, non human descriptive languages.