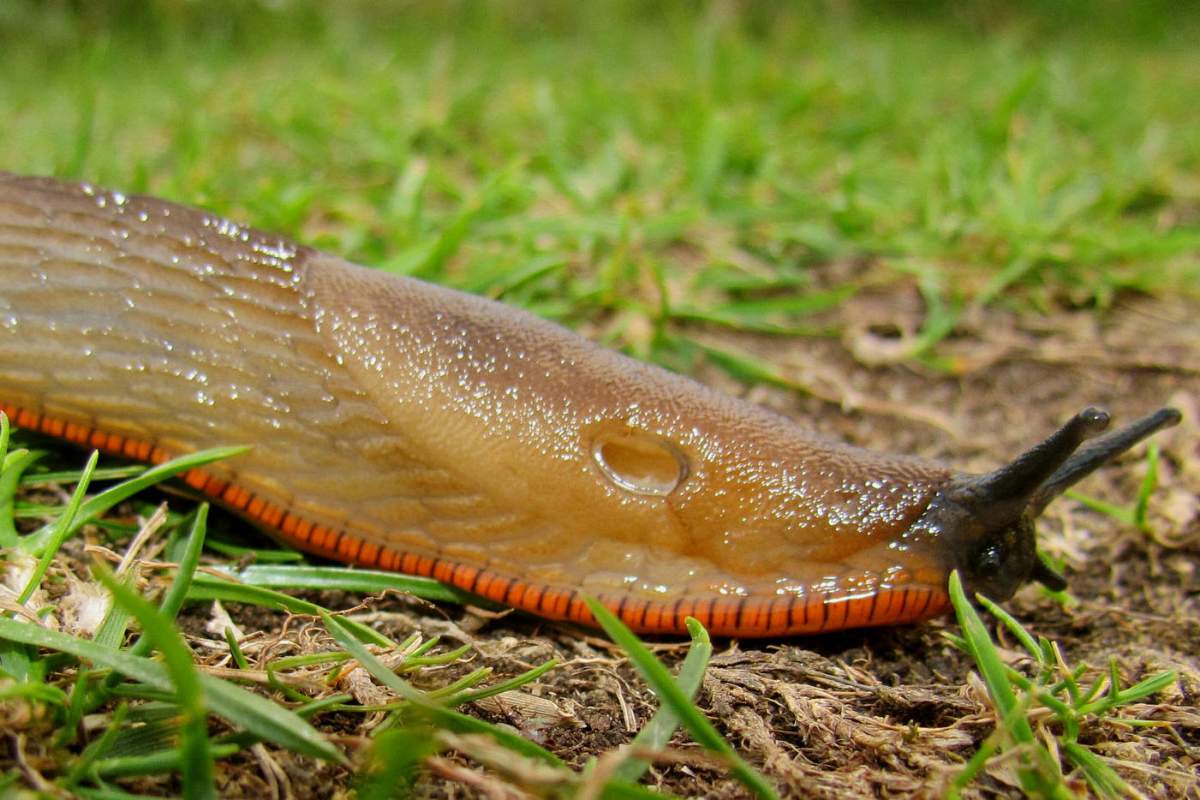 The Instagram account slimequeeens has 1.7 million followers. If you search slime on Youtube, the first hits are about all the different ways you can make slime with items from the dollar store (as of this writing, 4.6 million views) and with giant balloons (5.4 million). It's enough of a cultural interest that there are several articles out there exploring why slime is so in right now.

While the slime that appears in nature doesn't have glitter and isn't holographic or fluffy, and is sometimes called mucus instead, it's still really cool. In this article, in the spirit of Halloween and celebrating slime, we're going to discuss some of the different ways that slime/mucus appear in nature.

Despite how their teeth might look to people, opossums are scavengers, not predators. They have a lot of interesting defense mechanisms for when they're frightened. The most famous one is, and you've probably heard of it, what people call, "playing possum." When an opossum is confronted by a much bigger animal, its brain can trigger a mechanism that puts it in a state meant to confuse the potential predator. It will fall down, and appear dead, sometimes for hours.

For a lot of people, one of the biggest associations they have with slime are snails and slugs. Slugs don't even have shells to protect themselves, they have slime.

Slime can be almost everything for slugs; protection, communication, food, transportation, hydration (the slime coating attracts water). How some species of slugs use their slime as protection is that it becomes a strong adhesive. The slug when it sees it's about to another animal's lunch, sort of super-glues itself to its surroundings, so whatever's trying to eat it, can't pry it off into its mouth or break.

Scientists are exploring the different ways to use slug slime. One of the most interesting things about it, is that slug slime is a natural, non-toxic adhesive. Even though I described in the previous paragraph the slime as a sort of a super glue to illustrate how strong its adhesive properties can be, a recent study about slug slime adhesives and how they can be used in heart surgeries described how much better they are than something like super glue.

Jianyu Li, one of the scientists studying how slug slime can teach us how to make better surgical adhesives was quoted in an interview with NPR's Shots: Health News as saying, "Usually there's a trade-off between flexibility and stickiness. Super Glue works well on dry surfaces, but it's rigid and toxic, so it would never work for patching a beating heart or a bleeding wound. Other materials are flexible but not very sticky." That's how they got to slug slime.

Another cool slug slime fact is it's also classified as liquid crystal. Liquid crystal is matter, and this is a very simple definition, that has chemical properties of a crystal solid and a liquid. It has to do with the molecules' organization (the crystal side), but its ability to still flow like a liquid.

The phrase liquid crystal can make this all sound pretty rare and mysterious, but you encounter liquid crystal every time you sneeze. The mucus, or snot if you would prefer, that comes out of your nose and mouth are classified, as such. Without diluted borax and glue, you already naturally make slime.

Next week: a slime recipe and more about the science of slime.