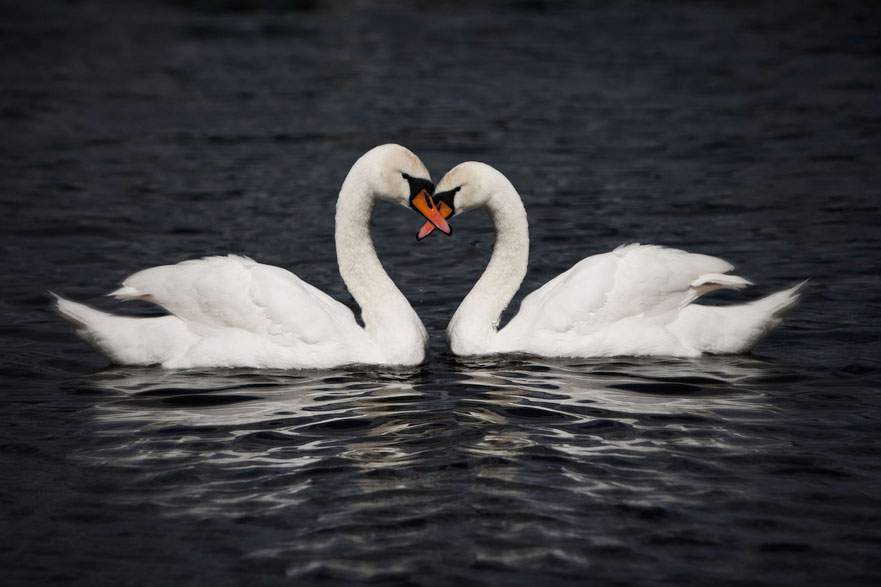 Swans, long thought to have only one sex partner during their lifespan, have been placed on a pedestal (and lots of wedding cakes) as a symbol of monogamy and marital bliss. But scientists have recently discovered a dirty little secret: Swans and many other species believed to be monogamous actually cheat on their partners.

Now that scientists are able to analyze DNA and do animal paternity tests, they've realized that swans, geese and lovebirds aren't as faithful as they appear to be. It's just that some species of animals are simply more discreet about their cheating ways than others.

Words like "cheating" and "faithfulness" imply an intentional moral decision; but swans don't necessarily make a conscious choice to deceive or betray their partners. Notions of monogamy and cheating may simply be human social conventions we project onto animals in discussing their mating habits.

Not Just For Men

It is already known that many male animals are programmed to spread their sperm in order to pass their genes along, and that having multiple female partners may be an evolutionary advantage. What humans might call fooling around or cheating in their day-to-day lives is referred to by biologist as "extra-pair copulation." The big news is that females fool around, too, but are more secretive about it.

Females mate with more than one partner in order to comparison shop for the male with the best genes and who has the most to offer. But because male animals often get violent when they sense competition, the females have learned to hide their illicit trysts.

Monogamy in the animal kingdom isn't unheard of, though. A tapeworm that lives in the intestines of fish has only one object of its affection, and literally fuses together with its mate.