Insects May Have Killed Dinosaurs 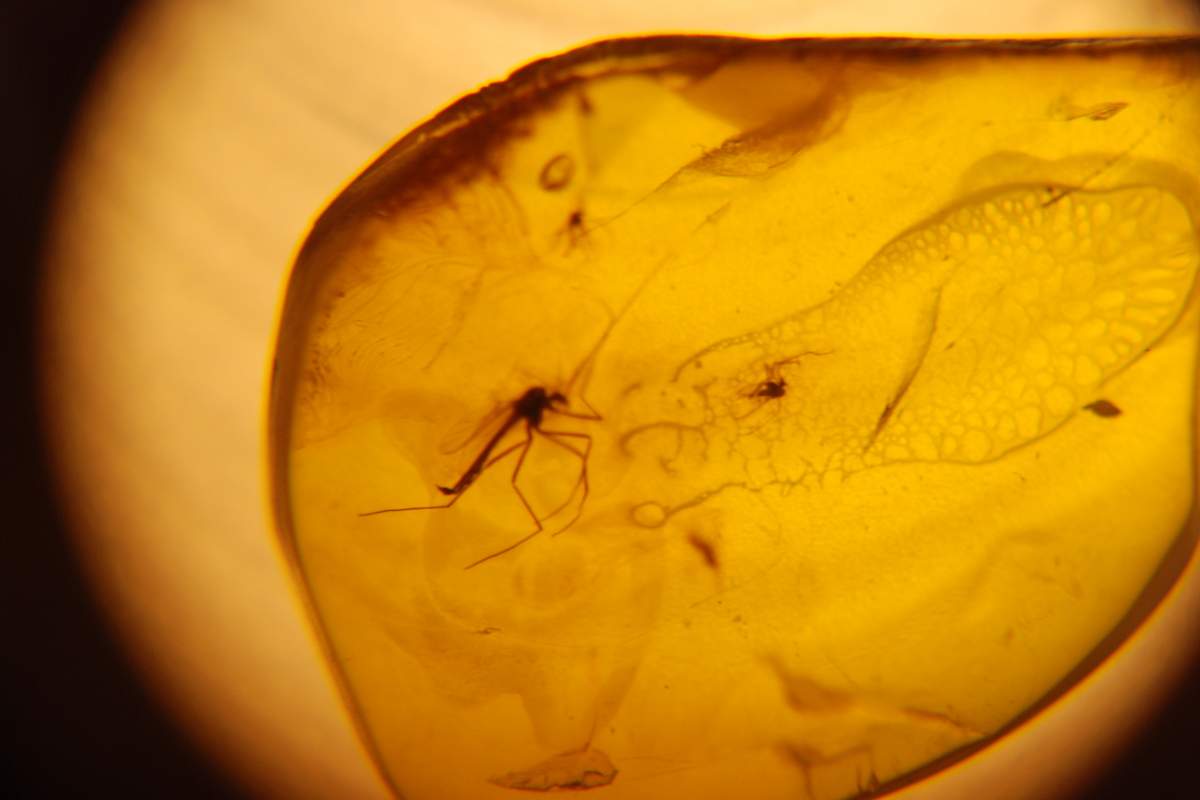 Did you hear that malaria might have helped kill off the dinosaurs?

Malaria is mostly known as a human disease caused by a protozoan called Plasmodium. There are hundreds of millions of malaria cases worldwide every year. These cases are caused by bites from anopheline mosquitos.

Malaria isn't passed from person to person like a cold. It needs a biting insect to spread it.

Plasmodium spends part of its life cycle in the insect and the other in a human. In the insect, it reproduces, creating new Plasmodium cells. When the infected insect bites a human, those cells travel in the blood to the liver, making the person sick. For the disease to spread, another mosquito bites the infected person and the cycle begins again.

Malaria doesn't only infect people, it can infect mammals, birds, and reptiles too. Scientists discovered a type of malaria in a twenty million year old mosquito fossil from the Dominican Republic preserved in amber.

While dinosaurs did live much longer ago than that, a new analysis suggests malaria evolved in insects at least one hundred million years ago. The first hosts of this disease were probably reptiles, which at that time would have included the dinosaurs.

Scientists believe a relative to today's malaria protozoan was spread by different insect vectors back then because mosquitos did not yet exist. For example, there was a biting midge that lived during dinosaur times that could have been the insect in the protozoan's life cycle. It could have spread malaria before dinosaurs went extinct about sixty five million years ago.