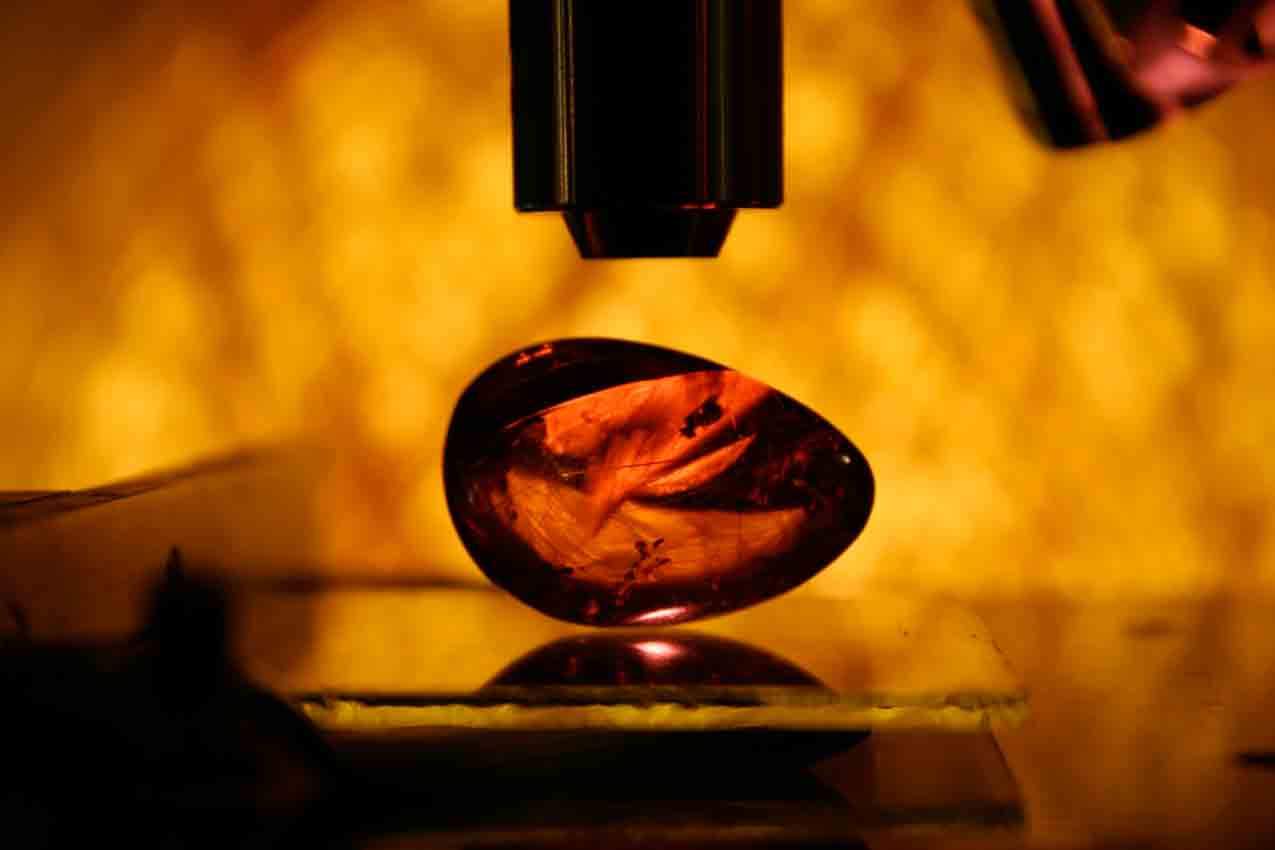 Scientists have found some dinosaur fossils with primitive proto-feathers. The trouble with fossils is that they are impressions in stone. It's difficult to figure out the actual color and complex structure of the feathers. For example, dinosaurs from China were found with some kind of fluffy skin covering, but scientists couldn't tell if it was feathers because the fossils had decomposed. Amber preservation is another matter.

I know amber is fossilized tree resin. It's sometimes found with insects or leaves--and now feathers--that were trapped millions of years ago when it hardened.

Scientists working in Mesozoic rock layers in western Canada discovered a bonanza of feather specimens preserved in amber. Because amber protects feather structure and pigmentation, the amber samples can tell scientists a lot about feather evolution.

And some are dinosaur protofeathers! Those are single-fiber feathers or tufts coming from a common base and were probably used for thermoregulation. Others are specialized bird feathers. Scientists found complex feathers that allow birds to dive underwater, and other feathers that can interlock with each other like modern flight feathers.

So there were both feathery dinosaurs and birds roaming the planet at the same time. Modern feathers evolved long before dinosaurs went extinct.

These findings, along with other discoveries and new pigment analysis techniques, suggest that dinosaurs were probably more feathery than anyone thought.