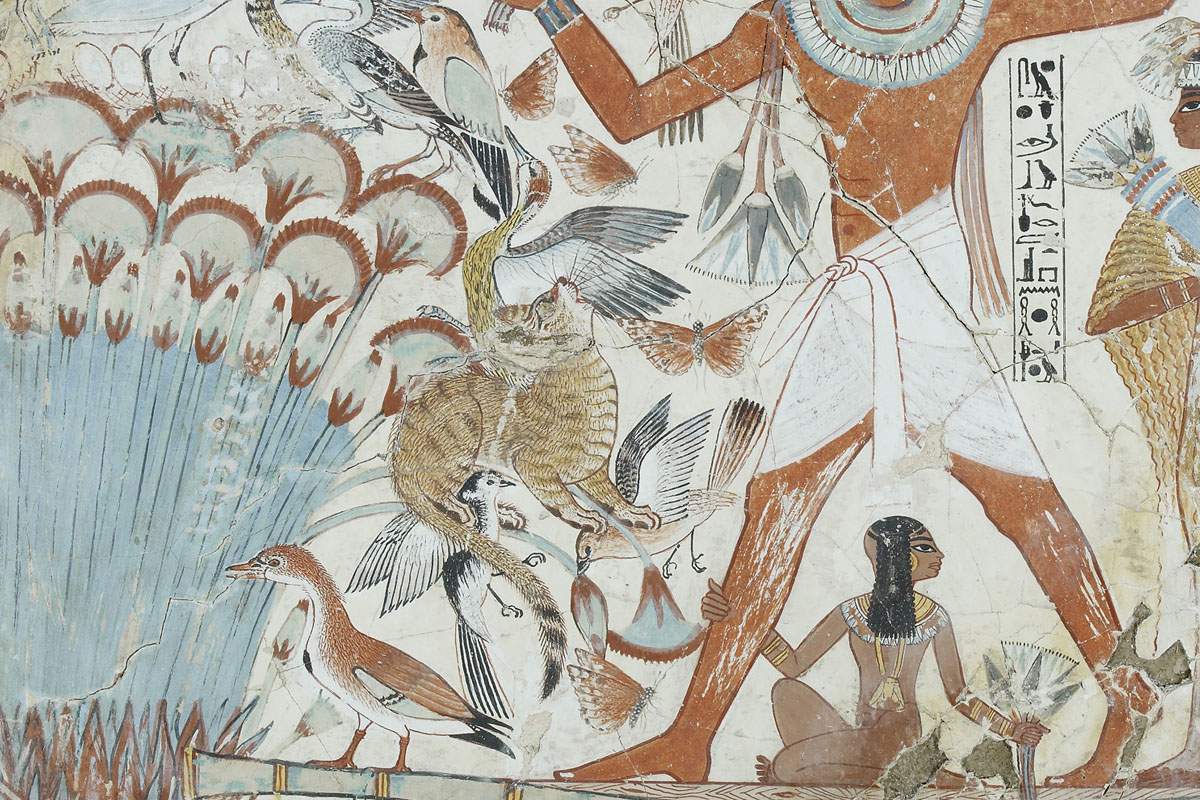 A grave in Cyprus from 7500 BC shows a furry feline and human owner buried together. Itâ€˜s the oldest known site of a tame cat.

What is peculiar about the history of humans interacting with cats, though, is that wild cats really "self-domesticated." Around the time of the Cyprus grave, they started hunting near the permanent, agricultural settlements that were starting to form in the Near East.

It was the Ancient Egyptians, however, who really influenced the personality of the domesticated cat, turning a fierce predator into the house cat of today. While they werenâ€˜t the only people who helped domesticate cats, they were living with them nearly 6,000 years ago.

The path from working animal to beloved creature can be seen in their art, where cats were first depicted as hunters. Eventually, however, cats got placed in domestic scenes, and even became associated with royalty and the gods.

One study performed a genetic analysis on the skeletons of over 200 cats who lived between the ancient world and the 1800s. They looked at mitochondrial DNA to trace the spread of different subspecies.

Though one subtype was popular in Turkey, another one was found in Egypt. This subtype quickly spread from Egypt to the rest of the world, likely due to the popularity of these cats as pest-control agents and human companions.