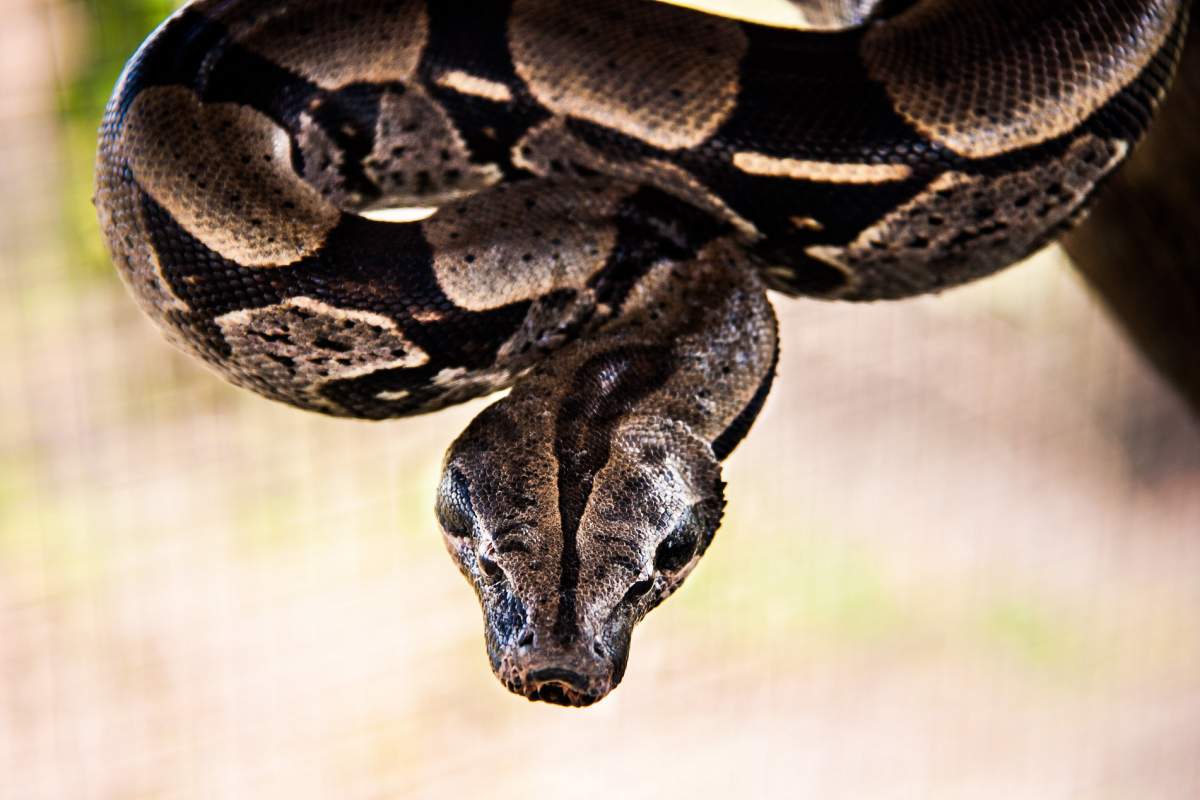 Before Jennifer Lopez became JLo, she was an up-and-coming actress. Perhaps her worst movie was Anaconda about a giant snake that terrorizes a documentary film crew in the Amazon rain forest. Hollywood's version of the snake was pure fantasy--a 100 foot long giant with an appetite for B-movie actors. Although real anacondas are not nearly so large and rarely eat people, they are impressive creatures nonetheless.

Anacondas are a type of constrictor--snakes that squeeze their prey to death with powerful muscles. Although widely regarded as the largest existing snakes, they are not the longest. That distinction goes to the Asiatic reticulated python, the longest-known specimen measured 33 feet. The largest known anaconda was "only" 28 feet long, but measured 44 inches around.

Don't Go Near The Water!

How did anacondas get so big? Their habitat has a lot to do with it. Living mainly in South American rivers that feed the Amazon, anacondas spend most of their time in the water.

Unlike snakes that live in trees or on the ground, the anaconda doesn't have to worry about climbing or chasing prey over rough terrain. Since their body weight is supported by the water, even the largest, heaviest anacondas are still effective predators.

Anacondas eat virtually anything unfortunate enough to get caught in their grip, including other snakes, fish, deer and even small jaguars. Prey is first squeezed to death and then swallowed whole. The anaconda's ability to unhinge its jaw allows it to swallow even bulky morsels.

Some people even keep the snakes as pets, but we wouldn't recommend it. Anacondas are fierce predators with small brains not above strangling and swallowing dogs, cats and even small children.