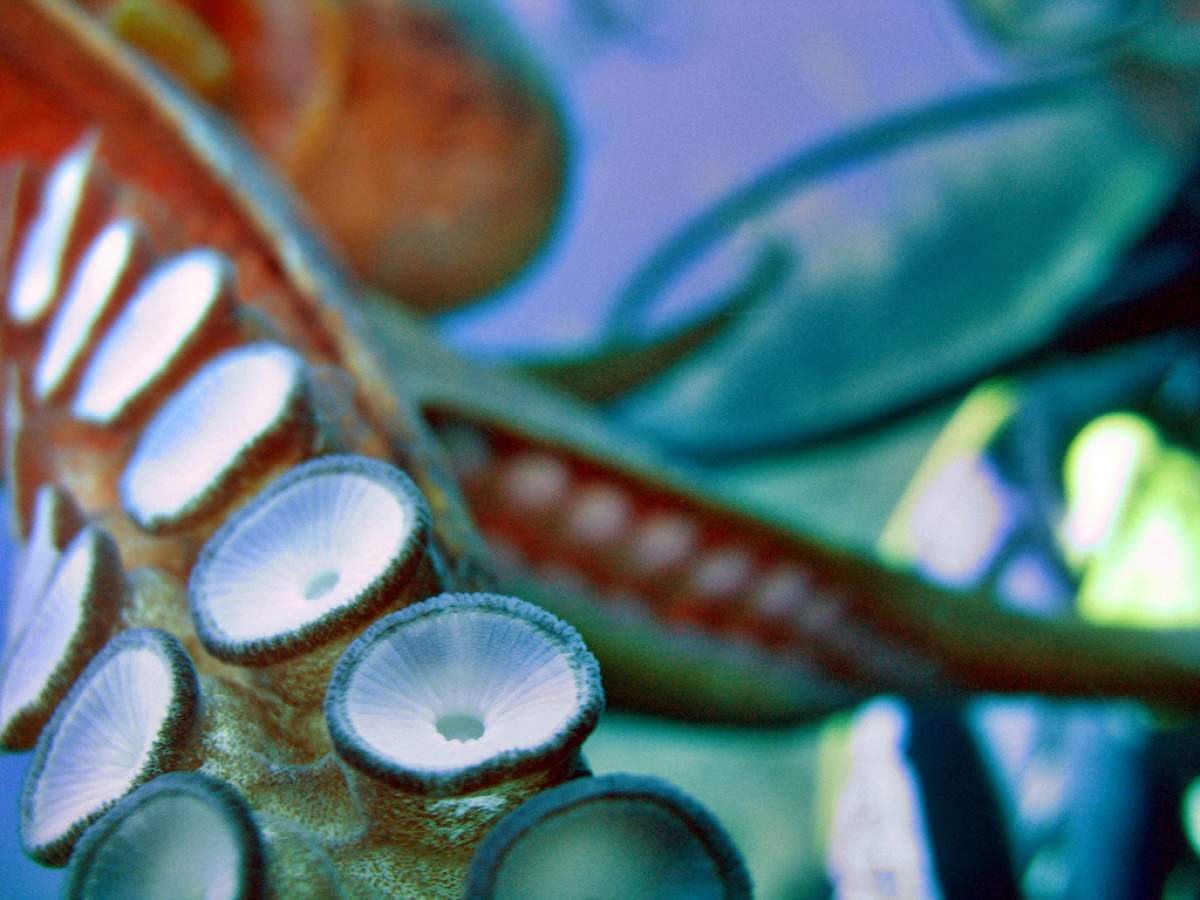 Is there anything in nature cooler than an octopus arm? The short answer is no.

The Long Answer Is Also No

They don't just look cool, they have all those powerful suckers and the ability to stretch and contort with incredible dexterity. They often get bitten or yanked off in the wild, and can regrow after they're amputated. Octopus arms literally have a mind of their own. When they're amputated, the arms live on for at least an hour, moving around and grasping things.

Which leaves us to wonder, how does an octopus keep its eight arms from grasping each other? Shouldn't they constantly be tangled and twisted in knots?

They found that the arms did not grab the octopus-skin chemicals but reached for the other substances.

When the amputated limbs were presented to live octopods, the scientists found that a given octopus was significantly less likely to grab and even eat a limb that came from its own body. In other words, an octopus seems able to recognize its own amputated arms. The octopods were much more likely to grasp and gobble down arms that did not formerly belong to them.

The researchers hope that understanding how octopus arms behave will help scientists develop an octopus-like robotic arm for surgery that will be able to move through the body and grasp some parts while avoiding others.

"Up in Arms: How Octopuses Avoid Tying Themselves in Knots" (NBC News)