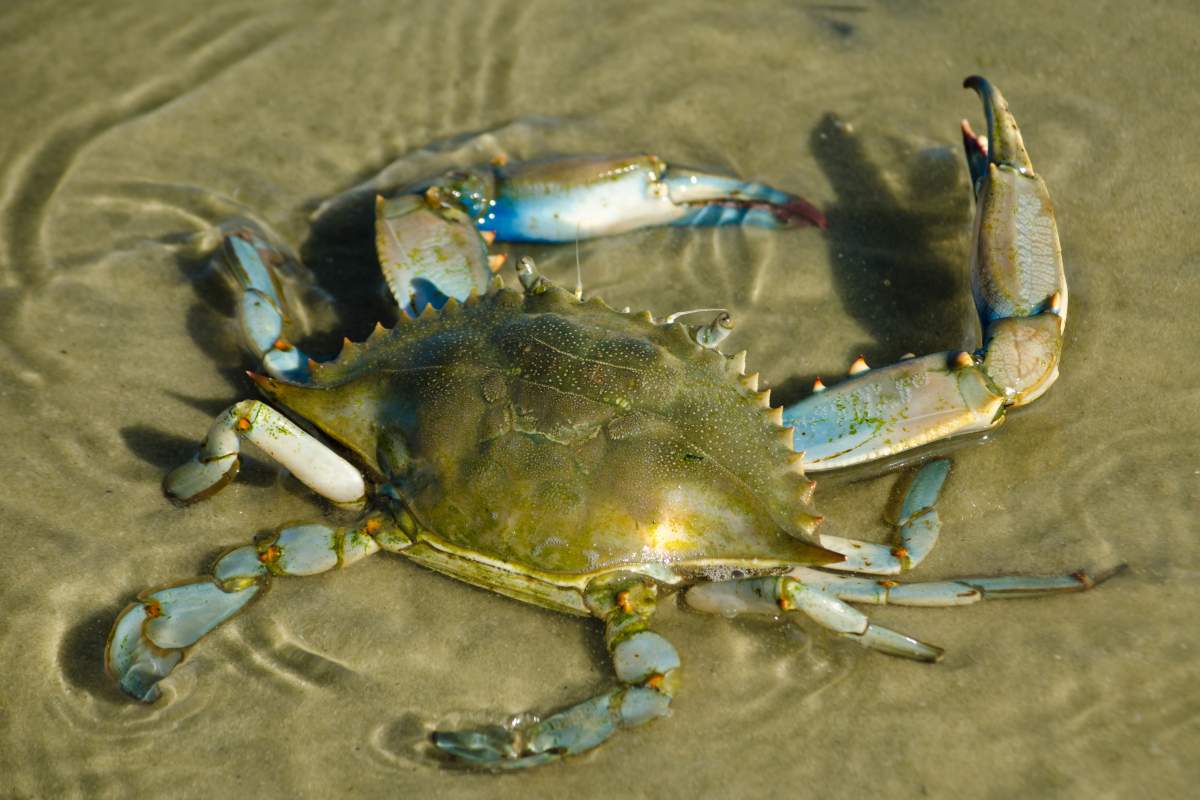 Crabs, like other crustaceans, periodically molt--it sheds its hard shell and forms a new one. But when a blue crab sheds its hard shell, its exoskeleton, it has to wait about a week for the new shell to harden. Before that happens this outer layer of tissue is too soft and flexible to transmit muscle contractions as it did and will do again when the crab's new shell hardens. And yet these creatures are somehow still able to move about, even immediately after molting.

It's possible using a hydrostatic skeleton. Many animals, such as worms, rely on hydrostatic skeletons all their lives. What this means is that muscle contractions are transmitted through an incompressible fluid. Immediately after molting the hydrostatic pressure inside crabs jumps significantly higher, allowing the crabs to use this pressure to move their muscles.

While a hydrostatic skeleton isn't so remarkable in itself, what is remarkable is that the crab alternates between using the two kinds of skeletons. Scientists suspect that crabs probably aren't alone in this feat and plan to investigate the skeletal systems of other creatures that molt.