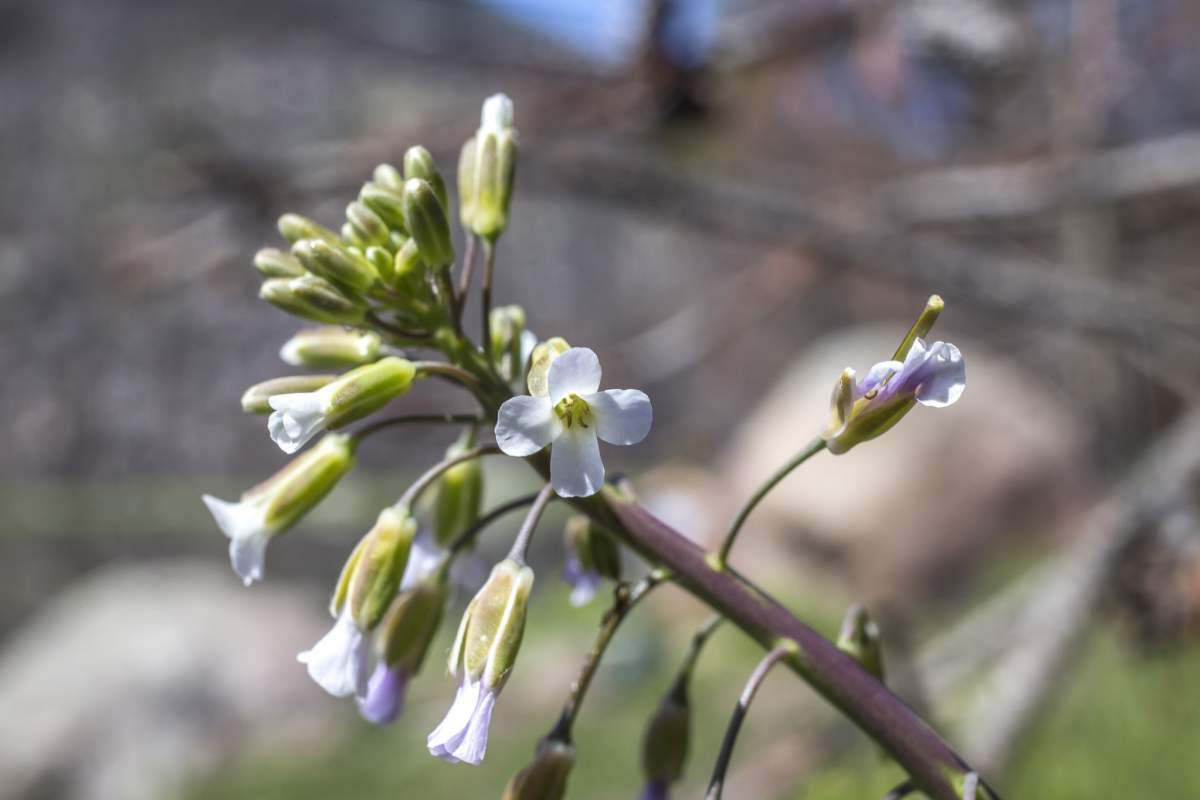 Drummond‘s rockcress isn‘t the type of plant you‘d normally notice. Its central stem is surrounded by a clump of lance‑shaped leaves at the base. Atop the stem are small white to pink flowers. A member of the mustard family, it‘s native to North America and can be found in many habitat types.

This wild mustard might be plain in appearance, but it has something a beautiful rose or lovely lily doesn‘t--phenotypic plasticity. Its physical traits can be modified between generations without needing changes to its genetic code.

As the Earth warms, scientists worry that many plant species will not be able to adapt quickly enough to changes in temperature and water availability. Being tied to the earth, plants are unable to move from one climate zone to the next. Even seed dispersal might not keep pace with climate change. Genetic changes are probably too slow to prevent extinction.

Will the mustard‘s plasticity give it an advantage?

To answer that question, researchers working with populations of plants in the Rocky Mountains first looked at their life history, leaf shape, flowering time, and other characteristics at different elevations. They found that plant traits did vary under different conditions of temperature, moisture and elevation. Next, scientists created a climate change experiment by artificially reducing the snowpack for high elevation plants, equaling 20 to 30 years of global warming.

Not only did the plants flower seven days early, some leaves were more like the low elevation plants adapted to warmer weather. Other plants developed unexpected and unique combinations of traits. The results show that the plants have greater phenotypic plasticity than first thought. This mustard could be a survivor.

"Plasticity in Functional Traits in the Context of Climate Change: A Case Study of the Subalpine ForbBoechera Stricta (Brassicaceae)" (Global Change Biology)