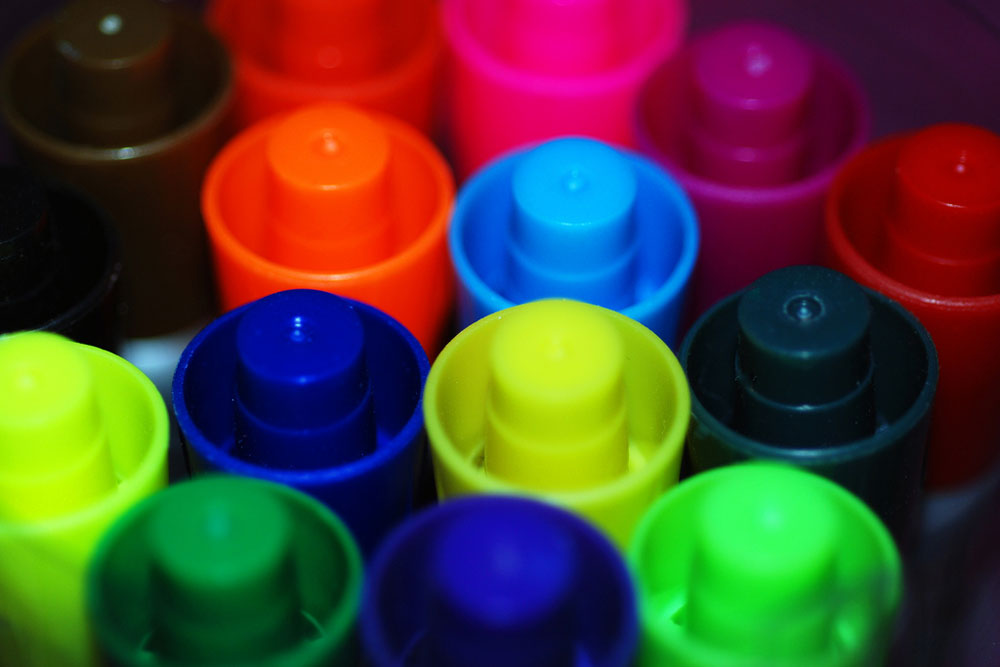 Have you ever wondered why fluorescent colors, like you see in highlighters or clothing dyes, seem so much brighter than other colors?

It's because they seem to reflect more light than they receive! It may sound like a magic trick, but it makes sense if you think about the fact that the light you can see is only a small section of the larger spectrum of energy all around you.

Ultraviolet light, or UV, is just beyond visible violet in the spectrum. Its wavelength is too short to be visible to the naked eye, but you see it working when fluorescent colors glow! Regular dyes just absorb UV along with all the other wavelengths they don't reflect, so you don't see any evidence of it.

However, fluorescent dyes contain substances that respond to UV. Some of the molecules in these fluorescent dyes are excited by UV energy, and afterwards, as the energy level within these molecules decreases, they release part of that extra energy as visible light.