A Cat "Flips Out" 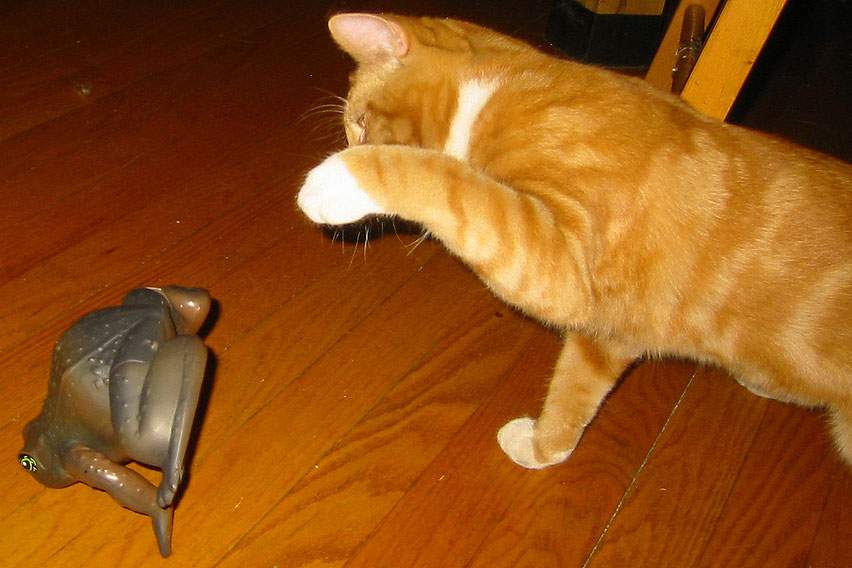 Why do cats flip toys up into the air?

When cats flip those toy mice up into the air, they certainly look like they're pretending to be catching birds.

If you tested this hypothesis you'd find that cats have three basic attack strategies. One is "stalk, pounce, grab with front claws and bite." Let's call that the mouse pattern. Another is "stalk, leap up with front paws swinging, and bite." That's the actual bird pattern, and it works for prey that may fly off during the attack. The third may surprise you. We'll call it the fish pattern.

In the wild, many cats catch fish out of shallow rivers, just like bears. In the fish pattern, they reach under the fish and quickly flip it backward over their shoulders, then turn and pounce. It's the same pattern a playing cat shows when flipping a toy in the air! Most folks have seen a cat catch a mouse, but not a fish. This is probably why we don't immediately realize what they're practicing when they play.