How Technology Created The Mid-Atlantic Accent 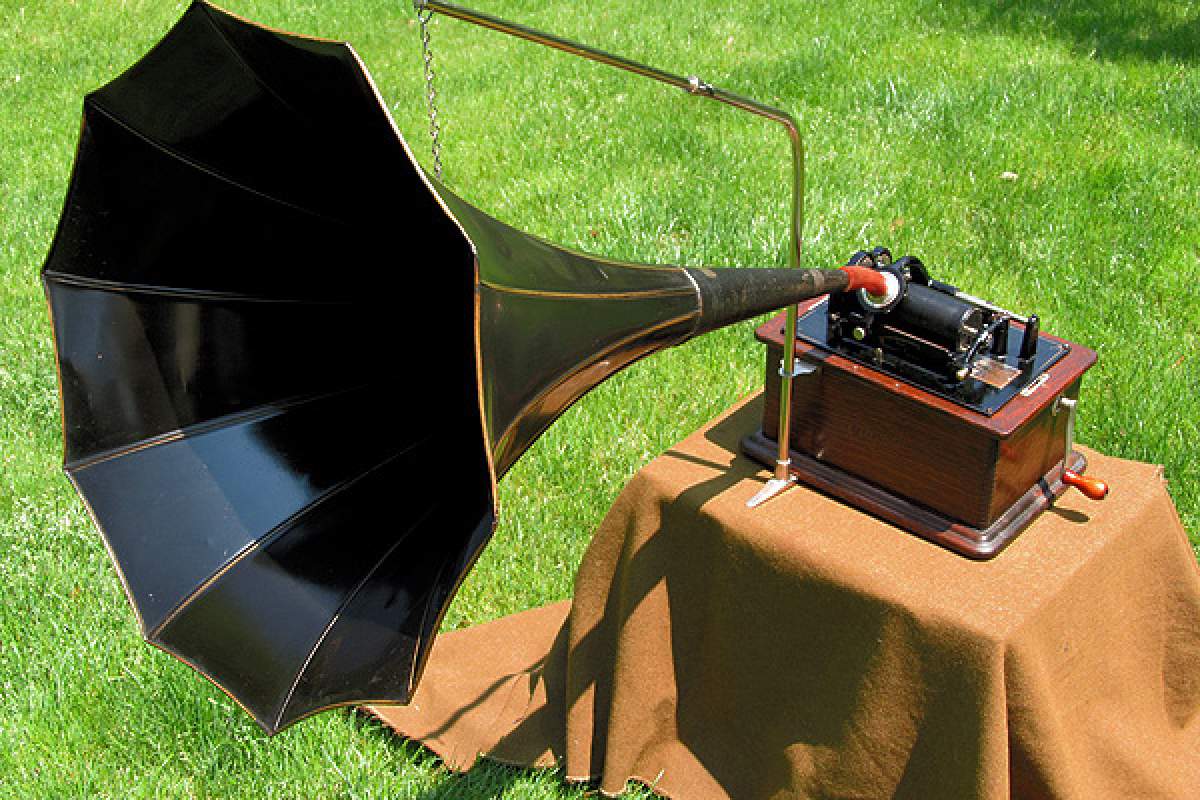 Sound-recording technologies have evolved since the first recording device was patented in 1857. Twenty years into the 20th century, recordings were still made with analog mechanisms.

They typically used a large cone to channel air pressure inside the device where a diaphragm moved a stylus that carved sound waves onto a roll of coated paper or soft metal. Only a segment of the audible sound spectrum can be heard in early recordings.

Boost The Treble, Drop The Bass

Bass tones had to be minimized because they required wide cuts that reduced playtime on a record to 5 minutes per side. To compensate, manufacturers boosted treble levels. The sound quality was low fidelity, meaning lower than contemporary standards.

The limitations of early receivers, the deterioration of phonograph records, and countless other factors made early recordings low fidelity. This gives them their "old-timey" sound. The technology of the day even influenced how people performed speech for radio and screen.

Iâ€˜m talking about the once-popular speech pattern known as the mid-Atlantic accent. To speak this way you use clipped, nasal articulations. This highlights treble sounds, and enunciates individual words. Hereâ€˜s an example.

In the mid-Atlantic accent, you pronounce "day" in "Monday" as "dih" as in "did," and "testimony" becomes "testi-money." This accent wasnâ€˜t vernacular in the U.S.; it was employed for public speaking and performance. FDR spoke in this way in his public addresses; Maleficent from Disneyâ€˜s Sleeping Beauty speaks this way, too.

After World War II, amplifiers were used to boost bass and reduce treble. So, sound quality changed, the accent fell away, and the dated sound of old media became a thing of the past.

If you want to keep thinking about sound, we have a recent episode that discusses Pythagoras and the harmonization of hammers on anvils.

Thank you to Jamie Tagg of Indiana University for reviewing this episode's script.