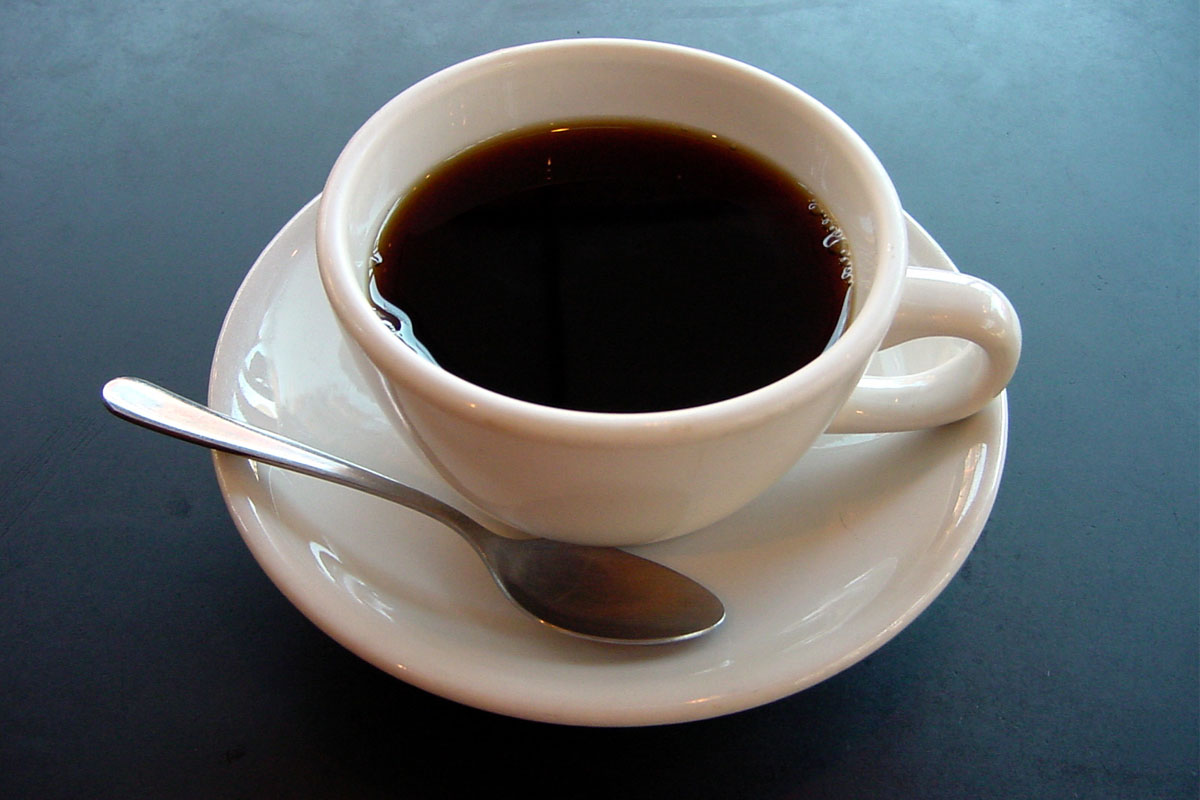 The process of convection can be observed in a cup of very hot coffee (Julius Schorzman, Wikimedia Commons)

If you look closely at a cup of coffee, you can see some interesting physics at work. All you need is hot coffee, a cup, and a bright light. Fill the cup to the brim with close-to-boiling black coffee. You will immediately notice on the surface of the coffee dusty white areas outlined by dark lines. They look a bit like the flagstones in a walkway.

These patterns mark areas where hot coffee is rising to the surface, and slightly cooled coffee is being pulled toward the bottom by gravity. They are called convection cells.

Convection is a common process in nature, and occurs when warmer air or liquid lies under a cooler layer. This is what happens in the coffee cup: the coffee on top is cooled by evaporation, and since cooler is also heavier, gravity pulls it toward the bottom. The warmer coffee underneath rises to the top to replace it.

When the warmer coffee rises to the top, some of its water evaporates, then condenses when it comes in contact with the cooler air just above the surface. These droplets are just the right size and weight for them to stay suspended there.

So, what looks like a coating on top of the coffee is really little clouds. They look white because the water reflects light. The black lines are where the cooler coffee is sinking toward the bottom. There are no updrafts in those cooler areas, so the droplets are not suspended and you can see the coffee.