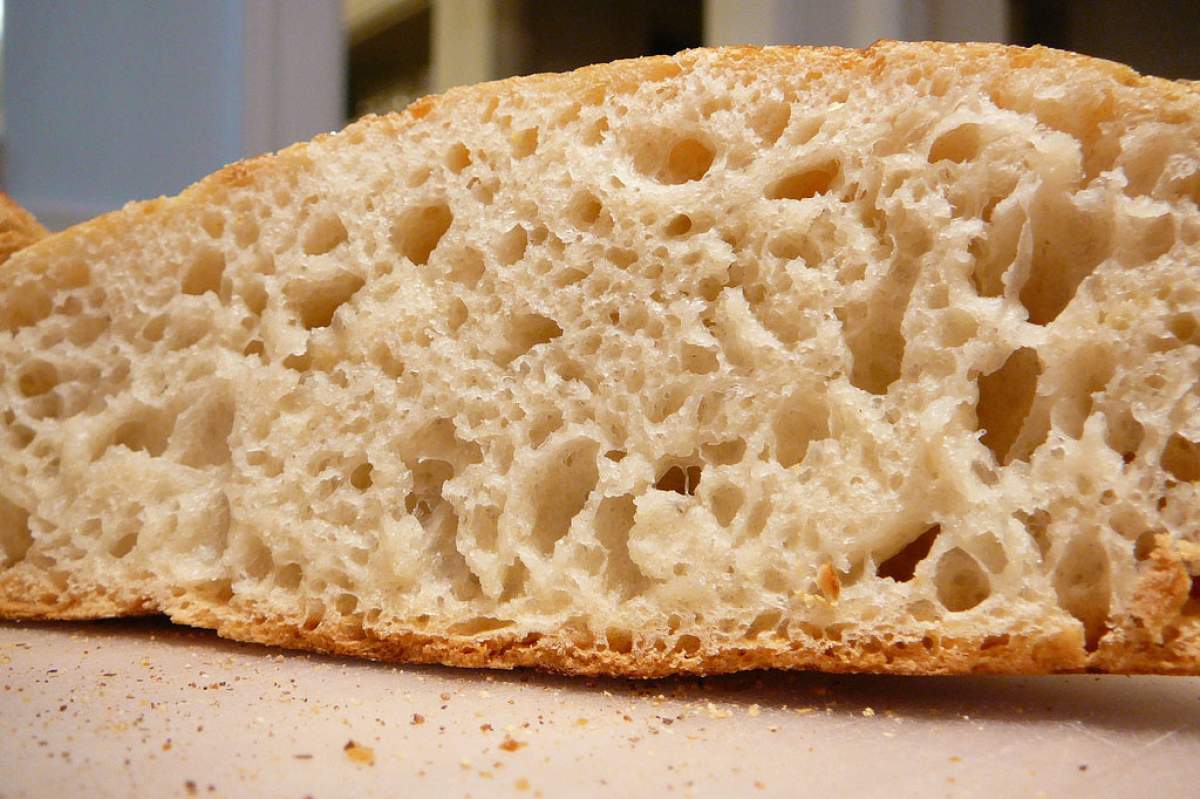 For a long time, the story went that bread-making arose with the advent of agriculture during the Neolithic era, possibly around 9,500 years ago in Anatolia, Turkey.

But scientists have known for some time that the equipment for making bread, like grinding stones for pulverizing grain, had existed for thousands of years prior. In 2018, when scientists discovered evidence of bread-making in the Black Desert of Northeast Jordan that dated back 14,400 years, they updated the story.

Archaeological excavations at the site called Shubayqa 1 (Shoo-bay-ka) show that the Natufian (Nuh-too-fyun) people of the time used 95 different types of plants in their fireplace cooking. The Natufians gathered these ingredients from the surrounding area.

Painstaking analysis using a scanning electron microscope shows that the Jordanian bread included high-quality flours from wild cereals like barley, einkorn, and oats. Being cooked over open fire, the bread probably resembled a multi-grain cracker similar to matzah bread used in the Jewish feast of Passover. The uncovered remains don't contain yeast; it's uncertain whether these cooks had access to it. The Natufians also put tubers from water plants called club-rushes into their breads.

We typically think hunter gatherers' diets focused on meat and seafood. The discoveries in the Black Desert confirm that plant-based diets are very old and important to human development.

Baked foods have a higher glycemic index than raw food, and this discovery shows that the hunter gatherers innovated on ways to increase the calorie-count in their foods through baking. They reaped more energy from their diets, and may have helped drive the agricultural revolution.

Thank you to Amaia Arranz Otaegui of the University of Copenhagen for reviewing this episode's script.