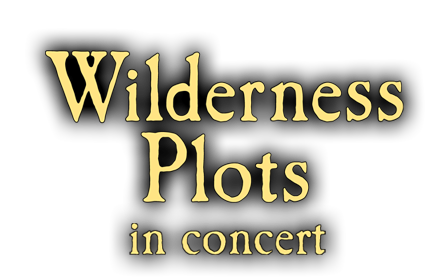 WTIU’s Wilderness Plots in Concert is a 90-minute television show featuring five of Indiana's most beloved singers/songwriters performing their songs inspired by the book Wilderness Plots, by Scott Russell Sanders.

Wilderness Plots: Tales About the Settlement of the American Land contains fifty brief tales that trace the settlement of the Ohio Valley between the American Revolution and the Civil War, while meditating on the cost of that transformation to native people, enslaved people, wildlife, and forests. The collection of songs and later theatrical production based on the book were created through the collaborative work of an ongoing songwriting group comprised of Krista Detor, Tim Grimm, Carrie Newcomer, Tom Roznowski, and Michael White.

The group took up the challenge, and after a year or so of sharing ideas and hard work, in spring 2007 these five very different singer/songwriters released an album of their songs based on Wilderness Plots. Soon the group created a fully staged show with Scott Russell Sanders as narrator. Popular and critical acclaim has led the group to perform Wilderness Plots many times across the Midwest. In 2008, it also led to a nationally broadcast public television special about the creation of the show, called Wilderness Plots: Songs and Stories of the Prairie.