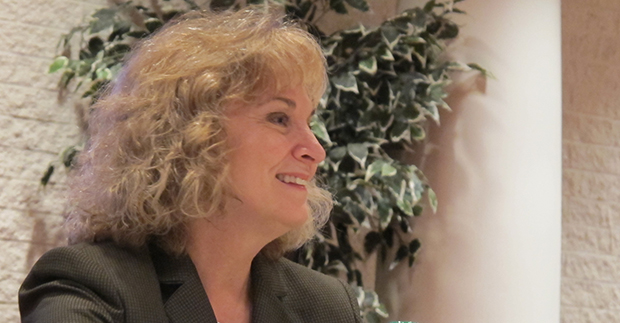 In late August — her campaign more than $1 million in campaign contributions behind her opponent, Tony Bennett — Democratic state superintendent candidate Glenda Ritz made a prediction.

“I am not worried about funding for this campaign,” she told StateImpact. “I have a good grassroots campaign. And at the end of the day, it’s about who shows up at the polls, and I firmly believe that I’ll be the next Superintendent of Public Instruction.”

Until perhaps last Friday, when the only poll to publish numbers on the race showed Ritz within striking distance, there weren’t many in Indiana who took that prediction seriously.

It took a stunning election night upset, $173,000 from the state’s largest teachers union and a strong ground game to prove Ritz’s prediction true. 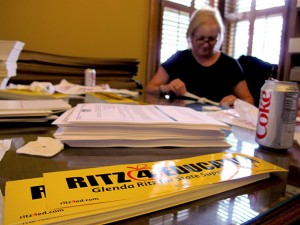 Many doubted Ritz’s ability to compete with Bennett, and not only because of his lead in campaign fundraising. Bennett was the face for significant changes to the state’s education policy. He expanded school choice, he intervened in struggling schools, he pushed for teacher evaluations and revamped A-F letter grades — and he won national acclaim in some circles for doing so.

“This [race] is definitely being watched nationally as a referendum on reform,” Mike Petrilli, the executive vice president of the right-leaning Fordham Institute and Bennett ally, told the Associated Press. “If Tony Bennett can push this kind of aggressive reform agenda and win, it will give a big lift to other politicians eager to enact similar reforms.”

Ritz may have won the “referendum” on the direction of Indiana education policy, but it’s still far from clear the degree to which Ritz will be able to alter the course of Bennett’s policies.

After all, unlike Bennett, she will not work with a governor and statehouse leaders from her own party. As David Dresslar, executive director of the Indianapolis-based Center of Excellence in Leadership of Learning, told us in an interview:

It would probably be an uphill battle with regard to rolling back education reforms given fact that the legislature’s likely to be Republican majority in both chambers. Therefore it might be kind of a standoff with a Ritz superintendency. A standoff might just give us four years of inaction. On the other hand, the legislature could go ahead and proceed without the state superintendent. It’s an interesting consideration because of the superintendent’s role in formulating policy as opposed to carrying out that  policy once it’s legislated.

Jonathan Plucker, who was director of IU’s Center for Evaluation and Education Policy when he spoke to StateImpact last month, says it would be difficult for Ritz to undo all of Bennett’s policy initiatives:

It’s going to be very difficult to roll back some of these reforms. Some of them certainly… for purely legal and policy reasons can’t be rolled back. Or if they do, it really opens a Pandora’s box. So for example if we roll back the new school accountability system, we have to change the waiver that we received from the federal government from the No Child Left Behind provisions, which is not going to be a minor, easy feat.

‘I Have Credibility Among Legislators’

Ritz told StateImpact after her win Tuesday night that she will be able to work with the General Assembly:

I think I’m going to be able to work with whomever I’m going to need to work with. I am an educator. I think I’m a respected educator among legislators. Remember, the last four years, they’ve seen me. They’ve heard from me. I’ve testified in many arenas, so I think I have some credibility among legislators. I have not really met Mike Pence. But I look forward to it so we that can be on a good path towards an educational agenda in Indiana.

Questions Hard To Answer In One Election Night

Specifically, the policy positions she’s taken raise very big questions that we won’t even try to fully answer here. But they’re worth raising, simply because they show just how much about Indiana’s education policy has changed in the past four years:

We’re posing these questions now — but no rush. We have four years to answer them.

The Indy Star‘s Scott Elliott posits Bennett will land on his feet. But what about the national education policy circles who supported him? As Andrew Ujifsa writes at State EdWatch:

This has to be a major blow for charter, school choice, and the general “education reform” community. Bennett was an outspoken champion of big changes that happened in the Hoosier State and others around the country, and he was also a strong GOP voice for things like the Common Core State Standards. What will his loss mean for that community going forward?

As Indiana Chamber of Commerce president Kevin Brinegar summed it up for Inside Indiana Business, “virtually all the legislators who voted in favor of education reform were re-elected and the Superintendent of Public Instruction was not.”

UPDATE: Take a look at this map showing how Bennett’s share of the county-by-county vote changed from 2008.

What are your thoughts on Glenda Ritz’s victory?