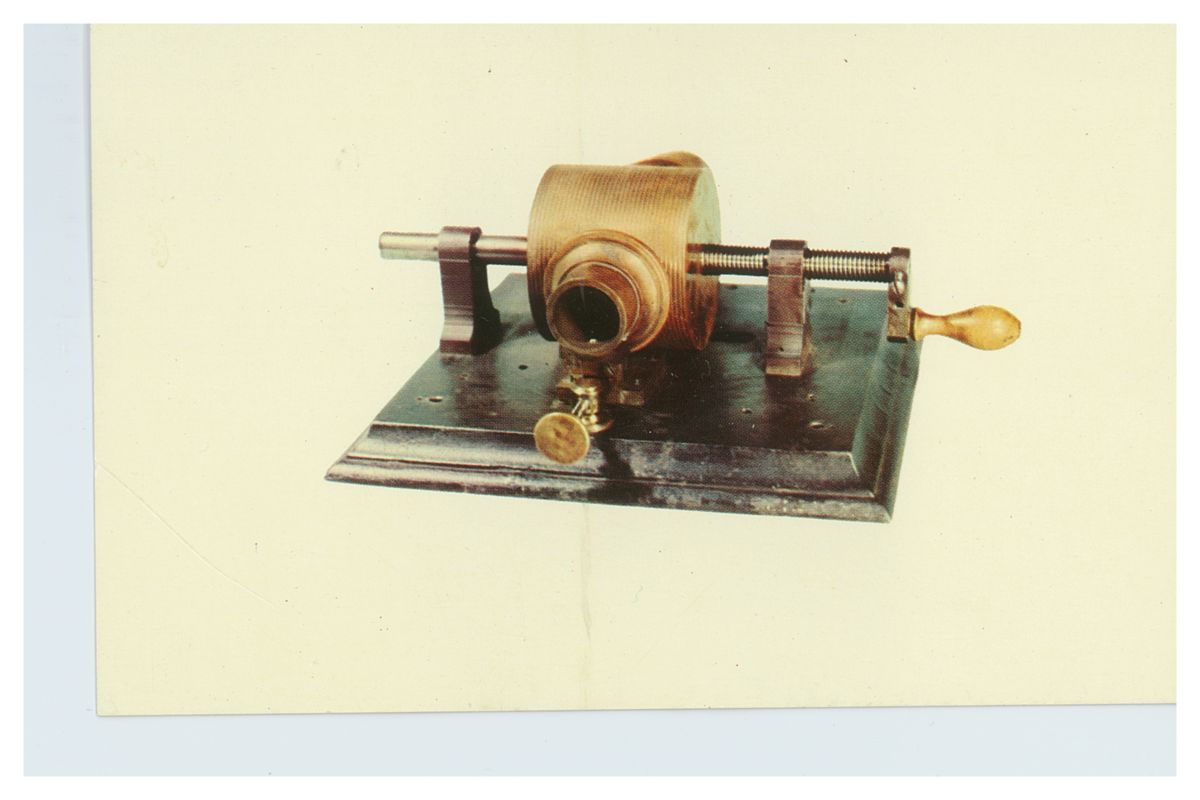 An artifact from the Thomas Edison Museum.

Well, as spiritual teachers and venture capitalists aptly put it: In every human crisis an opportunity for personal growth. Over this past year plus, many of us have become more familiar with our immediate physical surroundings. I would imagine that has allowed for some unexpected discoveries. Books to read that had been sitting dust-laden on the shelf, a modest horde of safety pins, wooden chopsticks, or spare shoestrings followed by the joy of being able to say: “Now I know why I saved this."

Ours is a diverse culture and divided country in many ways, but there is one characteristic that securely unites most all of us as Americans. We have way too much stuff.

Here on earth, in America specifically, the material plane can prove way more challenging than the spiritual plane because it contains greater temptations, our daily experience both familiar and constant. Manufactured things might be the clearest and most simple manifestation of real. Here it is. I own it. Now why do I still have it? I’m not really sure.

A recent survey found the average American household has over 300,000 separate items within its walls. How does someone assign value, much less meaning and purpose to all of that? People are considered wealthy because they possess more of what is coveted, which for the majority of us translates to I’d love to own that, just not take actual responsibility for it; including a constant fear that there’s someone out there who also really wants it.

Value, temptation, stuff: These are all loaded words. Perhaps we can combine them under the heading of burden. The kind of burden that has considerable weight that we have become unable to measure, and eventually unable to notice.

It is not a single straw that breaks the camel’s back: it is the long distance between oases, it is the cameleer who rides rather than guides, it is that necessary journey across a desert and being considered as uniquely suited for facing the challenge ahead. So what’s a bit more straw, right?

The total number of things that each of us owns? Yes, that would be a surprise. Maybe even a bigger surprise: What proportion of those things get used, are actually needed, or would be truly missed if they should suddenly vanish. What would be illuminated if you could pose beside this mountain you created. Good thing we’re all facing this together, or people might expect you to find out.