Aye, thanks for spending time with me. Roznowski here. This is Porchlight.

If you’re seeking out solutions to life, you’re also seeking out people and places. Live long enough with this committed practice and you’ll be able to tell a story like this one.

In the middle years of the 1970s, I was attending graduate school in Philadelphia. At exactly the same time, a hundred miles to the north in Scranton, Pennsylvania, Dennis Duvali was living and working in the town where he had been born thirty years earlier. Dennis and I did not know each other then. Each of us was pursuing our own different aims in life, though increasingly we had both become distracted and restless.

A third character enters the scene here: my friend Jamas Brooke. Back then, it would have been pretty easy for me to have encountered him. All I would have had to do was take a Greyhound bus to Harrisburg, Pennsylvania, the state capital – again, a distance of about 100 miles.

You might be starting to sense the shape of all this. Philadelphia, Scranton, and Harrisburg, roughly equidistant from each other, forming a virtual triangle. Not really comparing this one in Pennsylvania to the one in Bermuda. But apparently, there may be a mystical power contained within their equal sides.

Had I ever taken that Greyhound to Harrisburg during that time, all I would have had to do is step out of that bus station and cross the street to a little shop at the corner of Mulberry and Chestnut, just east of the bridge.

The Stonehenge Head Shop, don’t you know. Jamas would have been the proprietor. This following his stint in the U.S. Air Force repairing jet engines in Okinawa. No, you can’t dream this stuff up, which means the actual significance of it all is left up to your own imagination.

I’ll save Dennis’s contribution for later. The three of us were in that place together, separately and fully engaged with our separate lives, and it was right around that time that we each experienced a reverie that spun the compass for us. Even though our decisions were rooted in personal discovery, I like to think all of us were absorbing the power of that particular place – like that which resonates in Stonehenge: the site, not the shop.

In the short period that followed, we were off – choosing to do something else very different with the lives we had. I don’t believe any of us really had a choice. After all, when the ground suddenly shifts beneath you, you’re gonna have to step somewhere.

Music track: Urge For Going by Joni Mitchell from the album Hits.

Music track: Dweller On The Threshold by Van Morrison from the album Beautiful Vision.

Music track: For All We Know by Stan Getz from the album And Friends.

Hey, nice to be with you. You're listening to Porchlight with Tom Roznowski. Every episode of Porchlight is available for your listening pleasure at wfiu.org/porchlight. Production support comes from Gilbert Construction, remodeling homes since 1994.

Music track: The World Is What You Make It, Paul Brady, Spirits Colliding

Leaps in life are often made while running into strong headwinds. Resilience and resolve provide you the willingness to try while expecting to try again. Doris Kappelhoff was born in Cincinnati, Ohio, her parents only daughter. Her mother encouraged an early interest in dancing professionally. By her adolescence, Doris was part of a duo that performed on stage locally.

The first stunning blow for Doris would come one Wednesday in October when she was 15. An auto accident severely injured her right leg and shattered Doris’s vision of her future career. Yes, shattered her vision, but not her dream.

During the next few months, Doris would sing along with the radio while she recuperated. She was inspired by another would-be dancer turned singer, Ella Fitzgerald. Doris listened and learned. Her talent was encouraged. She soon got a job as a vocalist in one big band, then another, then another.

No surprise really that her first marriage at 18 was to a horn player. The surprise came when her new husband turned abusive –violent, schizophrenic outbursts that endangered her first-born child. Doris remained in that marriage for nearly two years.

Then, a second marriage to a second horn player, for three years this time. She was into her third marriage before she turned 30. Doris had been working tirelessly, steadily, all that time. Surviving, but also thriving.

This next union would last until her third husband’s sudden death, upon which Doris discovered that all the money she had earned and entrusted to his care had been squandered, embezzled, completely lost. Once again, trusting you. Hurting me.

A breach of trust from those who claim to love you does damage over and over again. It turns out that Doris Kappelhoff’s father had betrayed her mother many years earlier. It helped to create a daughter who was extremely determined and driven in her career while being very open and vulnerable when it came to love.

With time, Doris would turn her attention and her tenderness to those who accepted it without question: animals and the very sick. Life was considered precious, though it offered Doris little room for illusion. After her death: no service, no burial, no gravestone.

Doris Kappelhoff’s actual life is what makes this convincing performance so astounding and so heartbreaking. The song is about diminished expectations and vanished dreams that fall just short of losing faith. Doris Kappelhoff sings the words with a knowing kindness that allows you to believe that somehow she still believed them too.

A hundred miles as the crow flies can get you from Philadelphia to Scranton, from Scranton to Harrisburg, and then back to Philly. A hundred miles can be like the extra twenty you keep hidden in your wallet or purse – just enough to help in a tight situation.
Much going on in my mind that December in Philadelphia. I became convinced a little distance might improve the situation.

So I directed my holiday route home to the last place I’d lived in upstate New York: a little town on the Susquehanna River. It also had a Native American name: Oneonta. Iroquois, actually. It means “mountain” and you know the saying: If the mountain won’t come to Muhammad. . .

So I boarded a Greyhound bus and found myself with a two-hour layover in Scranton until my trip resumed. 45 years later, I remember those two hours very well. Dark, chilly, and yes, a lot of taverns. I stopped in a shop not dissimilar from the Stonehenge and bought a Christmas gift. Carried that and the sense that my life was about to change radically around the downtown. I was young. I was scared. I was exhilarated. I was in Scranton.

Though he was living there, I didn’t know Dennis Duvali back then. Dennis was apparently carrying that sense of something else with him too, preparing to launch. We could have discussed it over beers, I guess.

But I’ve got to admit, I always prefer the comfort of having done it rather than the uncertainty of just about to. It is, after all, the private deciding to be public. Dennis and I each have our feet planted on the far side now, taking those deep slow breaths a safe landing offers. 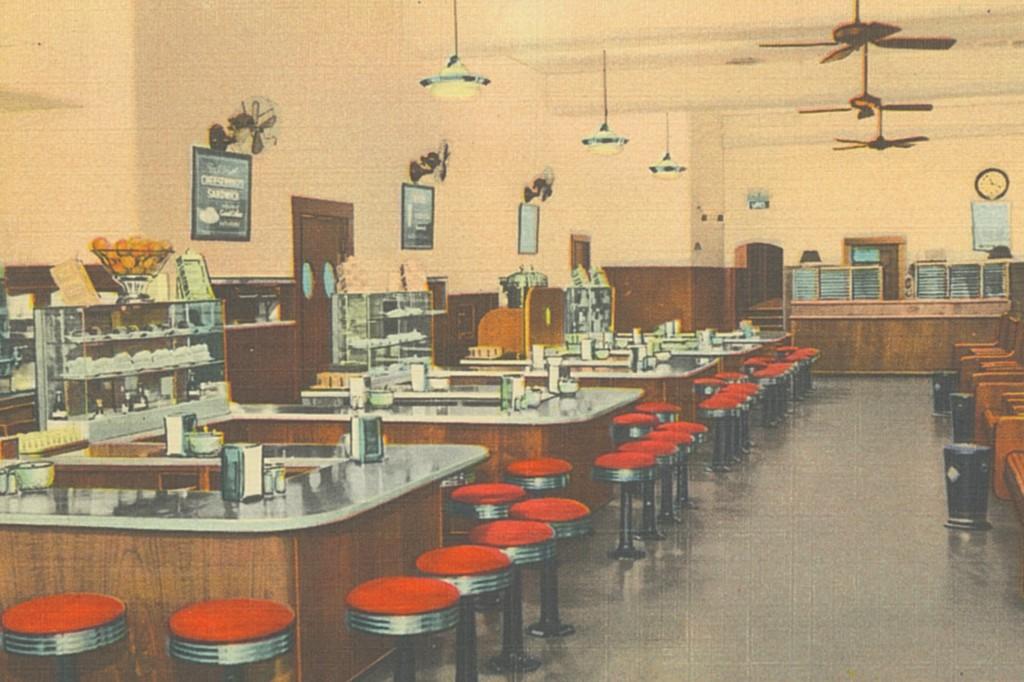 The creation of human life itself is perhaps the greatest leap; resulting in the enormous and unanticipated changes a baby brings to each of the parents and originating with the tremendous courage the mother exhibits throughout her pregnancy and during the act of childbirth.Since we have all lived through this, the experience is already with us.

For All We Know, Stan Getz, And Friends

Change Will Do You Good, Sheryl Crow, Greatest Hits

The World Is What You Make It, Paul Brady, Spirits Colliding

The Late Show, Jackson Browne, Late For The Sky