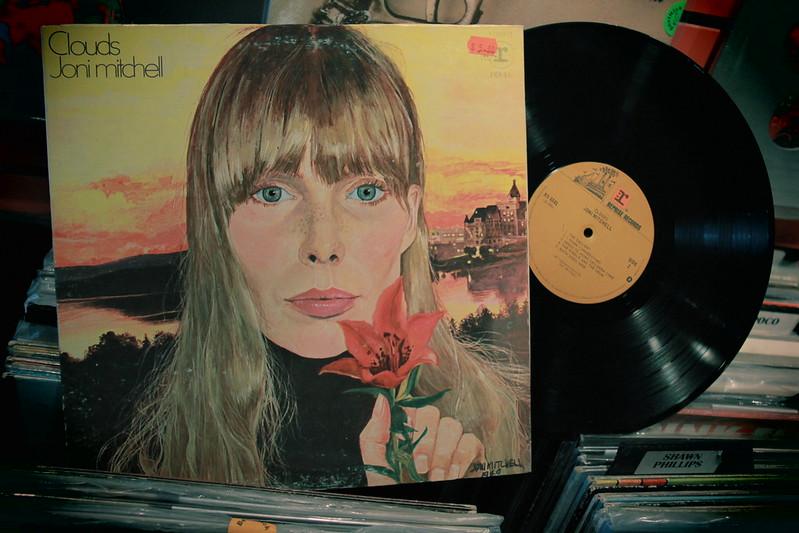 I always try to respect, even honor, other people’s personal preferences. I am only sometimes confused when they turn out to strongly disagree with mine. For instance, I’ve come to realize that anchovies are never an acquired taste. The love of my life hates the very smell of them. I get that. We’ve managed to work it out.

Our focus for this PorchLight episode is the music of Joni Mitchell. I first heard Joni in the dorm room of an upperclassman who lived down the hall. The guy loved folk music. At first, Joni singing and playing acoustic guitar sounded like Joan Baez or Leonard Cohen or Gordon Lightfoot to me. My new friend was totally smitten, almost  evangelistic, believing the song “Willie” on Joni’s “Ladies Of The Canyon” album had been written expressly for him.

Pretty soon, I met a young woman on campus who sang and played acoustic guitar herself. Every time I’d knock on her door, I’d hear Joni albums playing on the other side.

The process of developing your own musical taste is, I think, like learning certain card games or acquiring a fondness for dry martinis. You hang around people you like and admire and they’re doing such and such. Often, something new might wind up in your toolbox.

Odd thing though, the two people I mentioned here: my musical mentor Willie and my erstwhile college crush; they didn’t like each other at all. Very little in common, I’ve come to realize. But initially, that single taut thread was almost as important as Joni’s music in convincing me: Wow, I really should be listening to her.

I Had A King, Joni Mitchell, Song To A Seagull

A Case Of You, Joni Mitchell, Blue

Electricity, Joni Mitchell, For The Roses

I Don’t Know Where I Stand, Joni Mitchell, Clouds