Cash money is like so many of the theme’s weve explored here on PorchLight, absolutely essential once upon a time, recently supplanted, and currently in danger of becoming extinct in the not too distant. There is yet another thread running through these themes. And that’s the thread itself: something of actual substance that draws upon the sensory rather that the virtual for its identity.

Whether it be the handwritten or the manual transmission, this means of expression attracts me because it calls my easily distracted self back to the present moment. And because I find appreciation for it simply being, I might just take a little extra time to explore the perspective offered to me.

Think about old coins, for instance. I keep a small box of hard currency in my top dresser drawer. One is a Liberty silver dollar minted in 1928. It somehow found its way to me about 10 years ago. So who spent it on what where leading up to its arrival?

Maybe a sandwich, a cup of coffee, slice of pie and a tip in a diner just outside of Topeka. Could have been 5 gallons of gas on the road to Moline, two loaves of bread and a can of soup for a family of 6. The value of money is so often calculated in numbers or the prices for things. But to determine the core energy within, let’s turn to a trusted source on such matters, Albert Einstein:

Fascinating how money can grow exponentially when risk and intention are combined with need. Just as breathtaking: How much and how quickly money can vanish when dreams get out of control and out of touch.

One other quote. This from Johnny Cash:
“Success is having to worry about every damn thing in the world except money.”

It’s printed on paper, in the billfold of my wallet. Just like my cash.

[Sound of a coin dropped on a surface]

[Sound of pencil scratching on paper]

One of the amazing experiences that the use of cash offered to Americans in the first half of the 20th Century was the ability to manage the needs of the day with a pocketful of change or completely change one’s life with a single bill of paper currency.

Consider this: In 1928, you could obtain a crisp green seal $500 bill from your local bank. You could then stroll down to the Ford dealership in town where that amount would have purchased a brand-new Model A Tudor sedan in green, grey, or black. Just reach into your billfold, slap that McKinley on the dealer’s desk, shake his hand, and drive away.

Maybe a visit to New York City to celebrate. Straight down Broadway, the 1500 block between 46th and 47th for a meal at Horn and Hardart more popularly known as the Automat. Inside, you would find yet another elegant piece of metal machinery for the original take-out food. You would convert your coins to nickels at the booth, and drop them into the slot next to a small widowed door that displayed your selection.

You hear the coins fall, turn the knob, and the door swings open. Simple fare, freshly prepared: Fish cakes, macaroni and cheese, baked beans, egg custard. Served on thick china with actual flatware. One nickel apiece for Horn and Hardart’s famous chickory coffee and their signature creamed spinach, or a postcard for the folks. This was a popular tourist’s destination from the 1920s through the 1950s.

Changing tastes would gradually thin the herd of the 40 locations throughout the city until the last Automat closed in 1991. By then, the locations would have been facing a future of credit cards, plastic forks, and far fewer diners opting for the egg custard.

Of course, customer convenience had never been a problem at the Automat. It’s just that someone figured out that fast food no longer had to be that memorable.

MUSIC: If You’ve Got The Money, Lefty Frizzell, Essential Tracks

[Sound of a match being lit]

I was so excited. I’d found a penny on the sidewalk coming home from school. I was still young enough to have been escorted by my eighth grade neighbor: Elaine Hume, so my guess would be 5 or 6.

When I showed this discovery to my Mom, she cautioned “I don’t think you’ll be able to buy too much with that, honey.” Well, beginning a pattern that has apparently lasted until the present day, I found a way to spend my windfall almost immediately. Turns out, my barber had a Ford gumball machine in his shop.

Ford Gumball Machines were a lot like the Automat, but even cheaper. Heavy chrome base and a glass globe sitting on a store counter or on a pedestal next to the entrance. Drop a penny in the slot, move the lever right to left, and presto: ¾ inches in diameter in red, green, yellow, and hopefully not white.

The Ford Gum and Machine Company had been started about 50 years before my purchase. Ford Mason was initially a roofer. But since that was seasonal work in the Northeast, Ford leased about 100 gumball machines located around New York City.
Ford soon became frustrated with the quality of both the machines and their contents. His father Wallace set to work and created the sturdy Model F200, patented in 1919.

If one had trouble finding ways to spend a penny, you can imagine how difficult it might be to get wealthy off of one. But this is where innovation would meet inspiration. Ford Mason entered into agreements with civic organizations like the Lions and the Kiwanis to distribute his gumball machines to their local chapters and split the profits. Profits the organizations could then direct to their charitable endeavors. This is inevitably how one of Ford’s machines wound up in the barbershop.

In their single factory in Akron, New York, Ford Gum and Machine Company claimed they produced enough gumballs annually to circumnavigate the globe. Always attentive to quality control, Ford Mason developed a workforce consisting of 2/3 women with flexible shifts to accomodate their other responsibilities. Up until Ford’s retirement in 1970 and the subsequent sale of the company soon after, there was a commitment to keep the price of each gumball at a penny – even if that eventually involved synthetic spearmint and a tiny pocket of air in the gumball’s center. Apparently, in this family business there was an understanding that for many customers that gumball was their first real purchase ever.

MUSIC: Cash On The Barrelhead, Louvin Bros., Their Very Best

Like many other hallowed institutions in our country, U.S. currency reflects the nation’s accommodation of enslaving human beings for much of its history. Two-thirds of the Americans portrayed on the denominations of our paper money at one point in their lives purchased human beings with it.

This would of course include George Washington, who owned 123 enslaved Americans and Andrew Jackson, who is estimated to have owned over 200. Before the start of the Civil War, Ulysses Grant owned a man named William Jones. Benjamin Franklin owned two human beings outright before ultimately freeing them, so you might say his opposition to slavery late in life was born out of experience.

This brings us to, you’ll excuse the term, the white glove approach favored by Alexander Hamilton, whose face graces the 10 dollar bill and whose name graces The Great White Way. While Mr. Hamilton did not technically own slaves himself, he apparently had no qualms about serving as the financial agent for the purchase of human beings for extended members of his family.

There are still very few limits on what cash money can purchase these days, but as another prominent slave owner Thomas Jefferson once observed: It is important to actually have it before you spend it.

To that end, the Parting Word to Indiana humorist Kin Hubbard:

(Quote) "The safest way to double your money is to fold it over and put it in your pocket."

MUSIC: On The Nickel, Tom Waits, Heart Attack and Vine

[Sound of light being turned off]
[End credits] 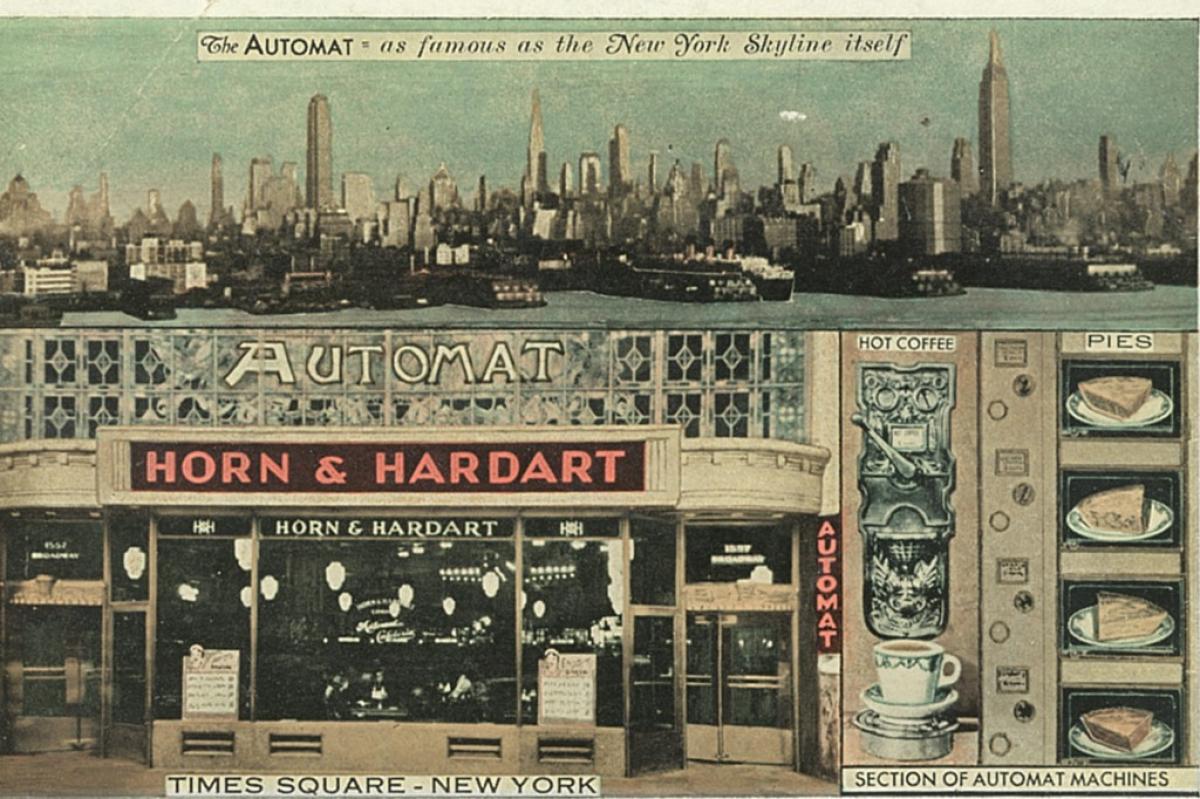 The presence of cash in our lives allows us to conduct transactions with anonymity, basically ending the interaction between buyer and seller once an agreement or connection is completed. They do not know your name or any other characteristic about you, other than the fact that you had this amount of cash and in this moment decided to apply it to this purchase.

Vending machines that accept cash provide even more anonymity. No memory of you at all.