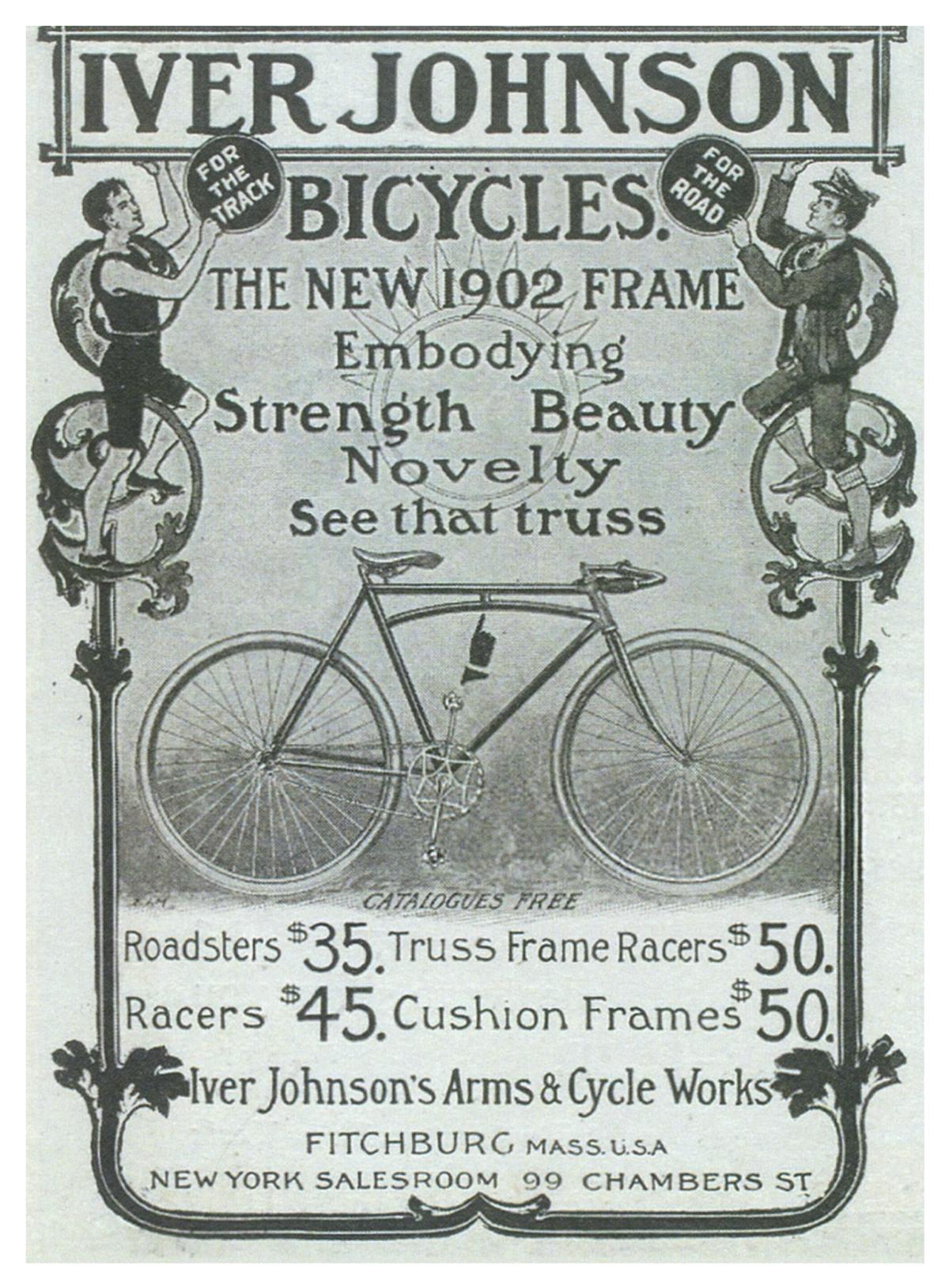 Here on PorchLight, I’ve always been partial to resources that have a presence for which I am particularly grateful. Movies, Baseball, Coffee, Small Towns. I’m glad we finally got around to bicycles.

I recently realized my Dad was a practiced bike rider. In his teens, he apparently spent a whole week one summer bicycling from Syracuse, New York to the Berkshire Mountains in Western Massachusetts. Much later, in a clever reversal, he appropriated the bicycle I had left behind exiting for college and started commuting five miles each way to work.

A generation prior to my Dad’s birth, during America’s first bicycle boom, over million Americans owned bicycles. That was of the nation’s population at the time. A town of about 85,000 people, Worcester, Massachusetts became the center of American cycling. They had six bicycle factories. They had over 30 bicycle shops. They had the first African-American sports star, sprint champion Major Taylor training in their YMCA.

Pneumatic tires and chain drives were two major innovations that spurred this first bicycle craze, which was closely followed by a culture clash. The bulky ankle-length dresses that were considered suitable for adult women made riding these new contraptions nearly impossible. Market demand to a certain extent overcame social disapproval and bifurcated skirts suddenly became popular. Surprisingly, maybe not, that the initial patent holders for these designs were all women.

Consider the way this new two-wheeled safety bicycle interacted with nature and treated the senses. Balanced as you moved forward through space driven by your own energy, you could hear the songbirds and generate a sweet summer breeze for yourself. Nice way to explore a growing city, for at least as long as the roads were paved.

Interesting, isn’t it, that regional interurban mass transit systems and bicycles peaked in America at about the same time; that is, the decade just before the popularization of the automobile. The result? Two wheels became four, one human’s power was translated to hundreds of horsepower, and Six Day Bicycle races, which would reliably draw 40,000 spectators to Madison Square Garden vanished as quickly as the songbirds.

Half Man Half Biscuit, See That My Bike Is Kept Clean, Voyage

Tom Waits, Broken Bicycles, One From The Heart