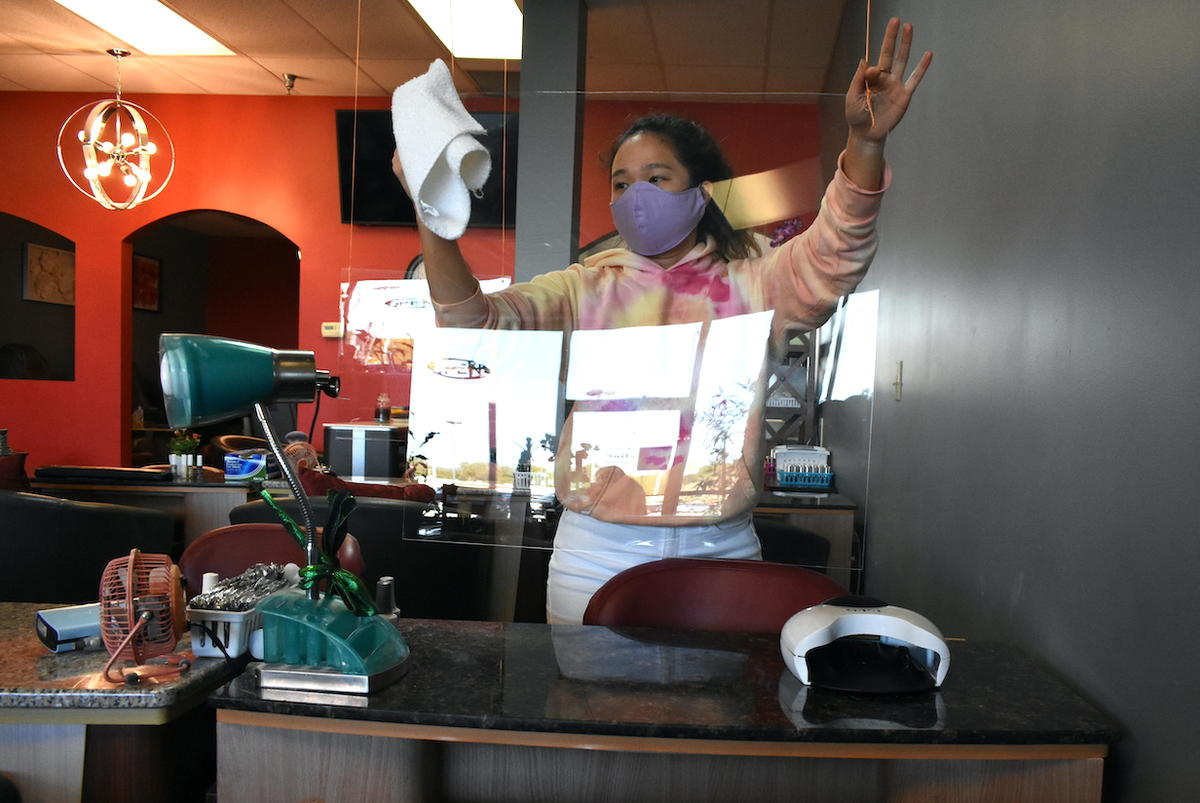 A younger worker at a nail salon cleans a plexiglass shield being used to prevent the spread of COVID-19. (Justin Hicks/IPB News)

Starting this summer, Indiana children less than 18 years old will no longer be required to get a work permit. It’s one of a handful of changes to state child labor laws coming into effect this year as a result of legislation passed in 2020.

Beginning July 1, the state will require employers hiring five or more teens to register themselves on a public database. Currently, schools have to certify a teenager’s age and academic standing before they’re allowed to work. The legislation also renamed the state’s Bureau of Child Labor to the current Bureau of Youth Employment and removed mandatory breaks for young workers.

Indiana’s Legislative Services Agency noted that the removal of fines for work permits and rests could slash annual revenue to the Employment of Youth Fund by almost $600,000 – roughly 50 percent of its entire budget. LSA said it would likely reduce the number of child labor inspectors.

Michael Myers directs youth employment for Indiana’s Department of Labor. He said it’s unclear what it will mean for the division since civil penalties can still be levied on employers who fail to register in the new system.

“It could be a possibility that we’ll receive less, however we’ve discovered there’s no change in the work hour requirements or the hazardous occupation requirements in the law,” he said. “So our inspectors are still out there.”

The Department of Labor will launch the employer database, called the Youth Employment System or YES, sometime in early June.

"Replacing work permits is going to be much more streamlined and effective for the employer, that's the real emphasis here," Myers said.