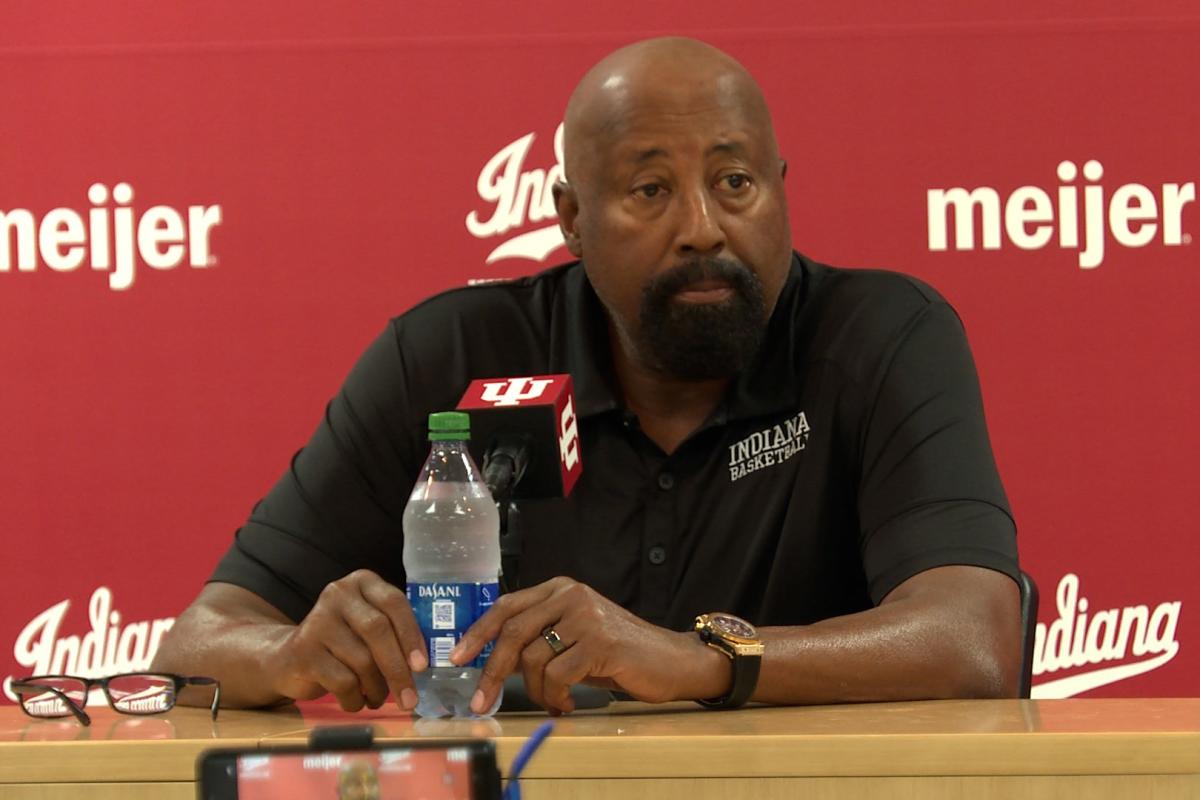 You can forgive IU basketball fans for being overly enthusiastic about the start of a new season under a new coach.

After all, it’s a fanbase hungry for a return to the glory years of IU basketball.

Sophomore guard Anthony Leal grew up in Bloomington and knows all about that. And he likes what he’s hearing on the street.

“Our fans would be crazy like that if we were 0-and-32, so I think that, especially with having a whole new reset and a lot of buzz around the team, I think it’s really positive,” Leal said Monday at the team’s Media Day event.

That reset was the hiring in March of former Hoosier star Mike Woodson as the head coach.  That followed the firing of Archie Miller, whose final two teams tied for 10th  place in the Big Ten.

Woodson played in the four years between Indiana’s 1976 and 1981 championship teams and was a two-time All-American. He’s spent the past 40 years in the NBA as a player, assistant and head coach.

When his alma mater called, Woodson jumped at the chance.

“I came back for one reason and one reason only, to put this team back on top,” Woodson said.

Getting there won’t be easy.

Indiana hasn’t won a Big Ten title since 2016, and its highest finish in the league since then was a tie for sixth in 2018.

But Woodson does have talent available. And that begins with preseason second team All-American Trayce Jackson Davis, who led the Hoosiers in scoring and rebounding  last season.

Woodson also brought in a handful of transfers, including guard Parker Stewart from Tennessee-Martin and forward Miller Kopp from Northwestern.

Both started the two exhibition games this summer in the Bahamas, which served as much as a bonding experience as practice for the Hoosiers.

“I think this is probably by far my favorite team that I’ve been on,” Jackson-Davis said. “I think like in my last few years that I was here, like we had little groups that everyone would hang out with, but now it’s just our whole team.”

Jackson-Davis credits Woodson with much of that camaraderie – and for him not entering the NBA draft.

“There was no bad anything,” Jackson said. “He was perfect. And the transition was so smooth. He came in and he really just brought almost like a positive vibe, right from the get-go. I mean, he convinced me to stay in like 10 minutes.”

Freshman guard Tamar Bates originally committed to Texas but changed to Indiana when Woodson was hired.

“Coach Woodson just brings a positive vibe every day, and you know with that and the respect that we have for him, it just makes us want to play harder,” Bates said.

Woodson not only brings almost a decade of head coaching experience in the NBA to the equation, he’s a tie to the program’s past, when competing for a Big Ten title was a given and hanging banners was a possibility.

And all Woodson has to do to remind his team of what can be accomplished is point up.

Fans can get their first look at the men’s and women’s teams during Hoosier Hysteria at 4 p.m. Saturday at Simon Skjodt Assembly Hall. Doors open at 2:30 p.m. Admission is free, but fans are asked to bring a canned food item for the Hoosier Hills Food Bank.